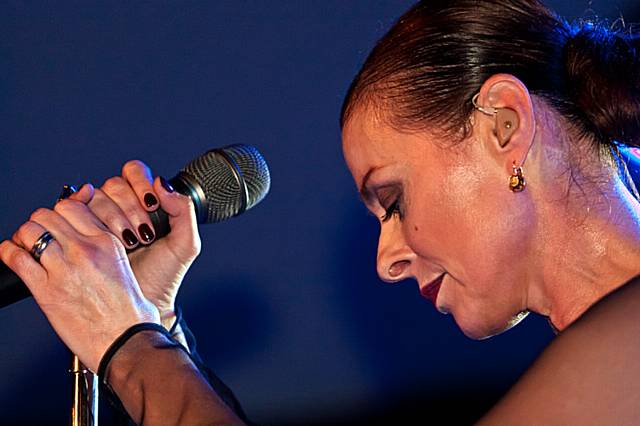 It’s been an incredible ten years since lovely Lisa Stansfield’s last album. She says the lack of recording activity was down to times not being quite right for the kind of soulful music she built her reputation on. Now the times they are a-changin’ and with two recent sold-out tours behind her she feels it’s her moment again and with ‘Seven’ (yep, her seventh long player) she’s come back with a vengeance. The 10 tracker is a fabulous synthesis of everything that made us love Lisa back in the day…. energized dancers, feisty feminism and tender, tear-jerking ballads.

By now discerning soul folk should be aware of the album’s lead track… the ab fab ‘Can’t Dance’. Despite its title, the cut’s a clarion call to the floor. Full of Chic music references, it was a Radio 2 mainstay at the back end of 2013 and thanks to super remixes from Cool Million and Snowboy the tune’s also been filling floors in the all the best, sophisticated modern soul arenas. ‘Seven’ boasts plenty more for the rug cutters. ‘Picket Fence’ offers steady, chunky beats; ‘Love Can’ rides a bumpy R&B style groove; and ‘Carry On’ is Lisa’s homage to Northern soul. Rochdale born and bred, Lisa and partner, Ian Devaney, are savvy enough to, know that they’ll never make 100% authentic “Northern”, but they give it a bloody good shot and it augers well for their upcoming film on the genre.

Ms S, though, has always been at her best on the ballads and there’s a trio here that rival the classics in her back catalogue. ‘The Crown’ is a breathy throw back to ‘All Woman’; the brass-filled ‘Stupid Heart’ is tribute to the soul of Memphis and Muscle Shoals; and ‘Conversation’ shows Lisa can do “dramatic” with the best. Elsewhere the loose, loping ‘Why’ owes more than a little to ‘Fever’ while ‘The Rain’ shows that Lisa and Ian have been listening to Sergeant Pepper era Beatles as well as Little Willie John.

That kind of leaves ‘So Be It’. An unprepossessing track, its appeal grows with every play and to get back to where we came in, it really does sum up the magic of Lisa Stansfield and the writing/production/arranging skills of Ian Devaney. The tune’s a beaut, the strings are sweet and the vocal’s as soulful as you’d expect. ‘Seven’ is a great comeback… now what about ‘Eight’?