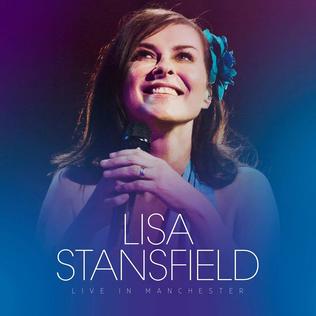 Last September, Lisa Stansfield crowned a career renaissance with a sell-out tour that culminated in her home town of Manchester (yes, I know she’s actually from Rochdale, but that’s in Greater Manchester and show me a hall big enough in the old mill town that could hold everyone who wanted to be there!). Whatever, on September 7th 2014, lovely Lisa pitched up in Manchester’s hallowed Bridgewater Hall for a sell-out show that’s just been released on double CD/single DVD for everyone to enjoy.

Why it’s taken almost 12 months to hit the racks I don’t know but fans (whether at the show or not) will love it. The show featured 22 songs and they represent a long and garlanded career and listening, you realise just how consistent a hit maker she’s been.

From the archive Lisa offers gems like ‘The Real Thing’, ‘People Hold On’ and ‘All Around The World’ (which closes proceedings) while from the more recent catalogue she performs tunes like ‘Can’t Dance’, ‘Picket Fence’ and ‘So Be It’ (top tune that one).

Soundwise, it’s what you’d expect from a modern live recording… and the band (with full brass and string sections) swings throughout. The home town audience are enthusiastic from the start and Lisa equals their enthusiasm with cries of “I love you Manchester” at regular intervals. It’s self evident that there was an obvious chemistry and a real connection.

You can see the chemistry and the connection for yourself in the performance DVD which completes the package. The DVD also features an interview with Lisa which focuses on her ‘Seven’ album during which she offers plenty of insights into her working methods. Committed fans though won’t be that bothered about that, they can just sit back and enjoy the show!