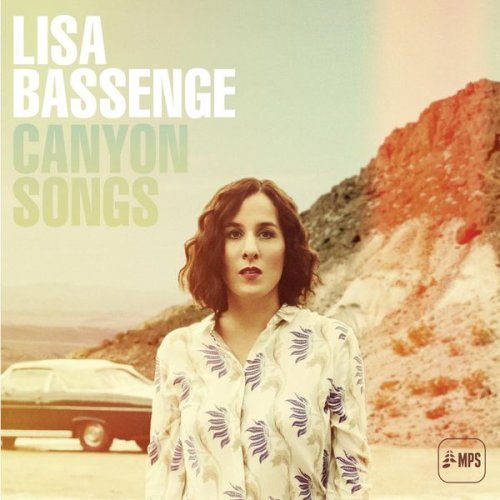 Lisa Bassenge is a Berlin-based jazz singer and tracks from this new album are already winning airplay on the more savvy soul and jazz radio stations who are clearly impressed by her take on the classic songs of the Golden Age of LA and Southern California pop and rock.

The tune that is currently being heavily rotated is Lisa’s version of the Doors’ ‘Riders On The Storm’. Always a dark tune, Lisa and producer Larry Klein retain the mystery but add a strange mix of melancholy and soothing balm via the melding of Lisa’s other-worldly vocal and Til Bronner’s eerie muted trumpet… a sensitive reading that Jim Morrison would have been proud of!

It’s possibly because of its familiarity that that’s the track that winning the current attention but after a few spins you’ll be beguiled by Lisa’s versions of James Taylor’s ‘Her Town Too’ and Joni Mitchell’s ‘The Same Situation’. On both, Ms Bassenge achieves the same enigma levels of the originals. Ditto her reading of the great Brian Wilson’s ‘I Just Wasn’t Made For These Times’. Superficially this is a very simple song and Lisa adds to that angle with a little girl lost vocal but Klein’s production (notably highlighting Steve Tavaglione’s soprano sax) creates a real introspective depth.

The other songs on the set come courtesy of Shugie Otis, Tom Waits, Stephen Stills and Rickie Lee Jones and Bassenge and Klein’s treatment of them oddly make melancholy acceptable. Here we have jazz channelled through classic rock via Ibizan chill… and it works beautifully.