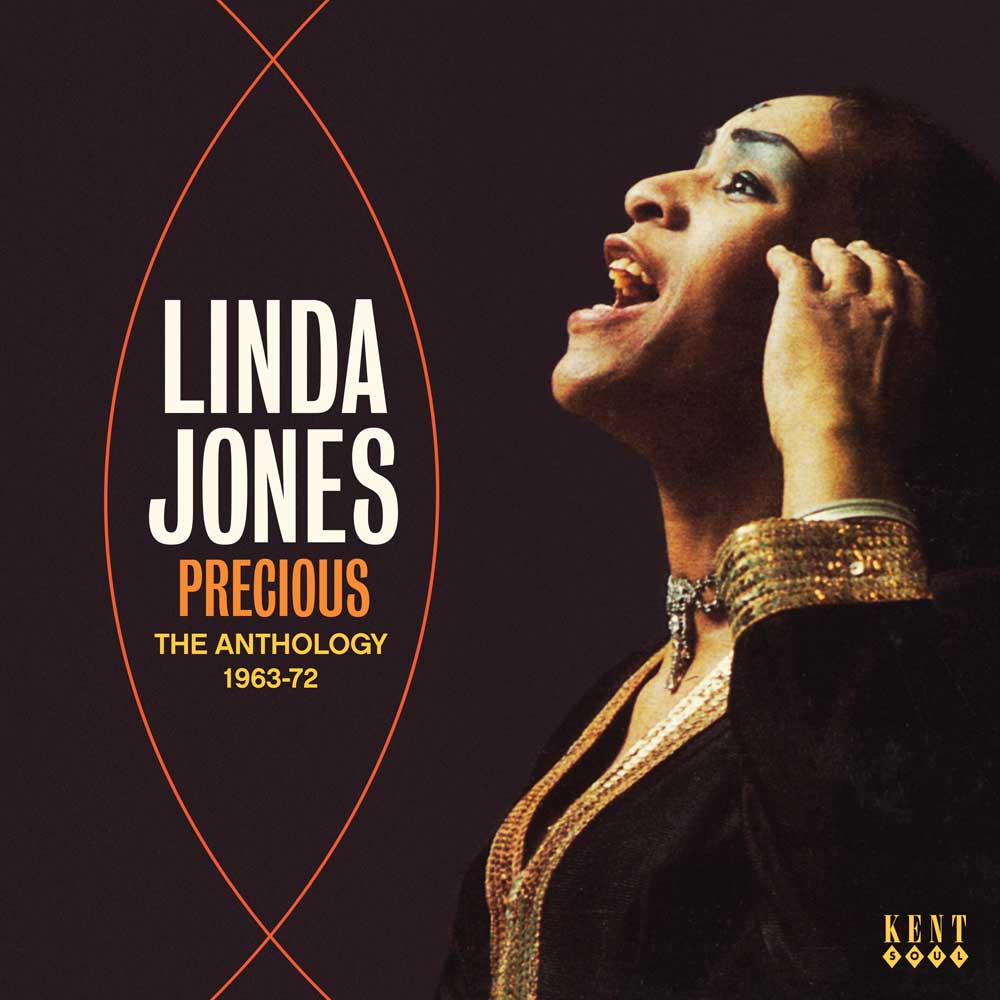 A goodly section of the serious soul community considers Newark, New Jersey-born Linda Jones the greatest ever female soul singer. Those Jones apologists will, therefore, be delighted with this new Ace/Kent 24 track retrospective of her career. Those who favour say Aretha or Gladys Knight will have the chance to reconsider, while those who are still to familiarise themselves with her art, here have the opportunity to rectify that glaring omission in their collections!

Born in 1944, Linda Jones began her career singing gospel (now there’s a surprise!) but in her late teens she turned to the devil’s music and after playing the bars and clubs of Newark she was signed to MGM aged just 19. Billed as Linda Lane, she debuted with a cover of Jackie Wilson’s ‘Lonely Teardrops’. The record bombed and Ms Jones went back to waiting tables and singing in the clubs when she could. It was on a club night that she was “discovered” by veteran soul man George Kerr who had her record a number of sides that he placed with Atlantic. Again success eluded Linda Jones and by 1966 she signed to Red Bird Records. That famous label was by then in financial straits and soon Kerr and his protégé were on the move again… this time to Warner Bros. subsidiary, Loma.

Finally, at Loma, Linda Jones began to taste success as her ever-glorious ‘Hypnotised’ scaled the charts. After Warner Bros. started to run down Loma, Kerr and Linda migrated to Gamble and Huff’s short-lived Neptune operation; after Neptune, Kerr found Jones a deal with All Platinum’s Turbo imprint. There she enjoyed moderate R&B chart action but by then, a hectic work schedule and a reported chaotic lifestyle had started to take its toll on Linda’s health (she was a lifelong diabetic) and in March 1972 she collapsed into a diabetic coma from which she never recovered. Turbo posthumously released her version of the Impression’s ‘For Your Precious Love’ and the passion and power of the performance took the record into both the R&B and pop charts.

This new Kent collection pulls together 24 key tracks from all the labels that Linda Jones worked for. You get, of course, that debut ‘Lonely Teardrops’ and her hugely charged swansong, ‘For Your Precious Love’ and in between there are all the well known recordings… ‘Hypnotized’ and ‘You Hit Me Like TNT’ amongst them. We’ll leave it up to you to decide where Ms Jones stands in femme soul’s hagiography, but before you make any quick or glib decisions take a listen to stuff like ‘Give My Love A Try’, ‘Stay With Me Forever’, ‘I’ve Given You The Best Years Of My Life’ or ‘I Can’t Make It Alone’. We guarantee that you’ll enjoy soul music of a supreme quality… proper soul music that is right up there with the accepted “best”.