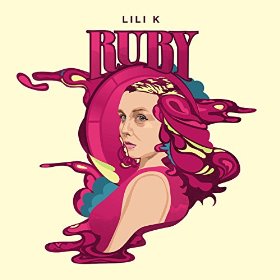 Lili K is new Chicago-based soulstress who describes her sound as “Sharon Jones meets Duffy” and you can hear where she’s coming from. Ms. K has a powerful old school soul voice and in her tunes she’s clearly reaching back to soul’s roots but because of where she’s at and her background in hip-hop it’s all presented with 21st century sensibilities.

However the ten tracker isn’t an easy listen. Much of the music is stuck in the same gear – slow and sultry. Sure, it’s passionately sung and it has an attractive under-produced, organic quality (some nice harmonies too) but it’s just too much of the same. The set starts with a short introductory track called ‘Mama Told Me’ and its pace sets the tone for the rest of the long player.

That said there’s a clutch of tracks that offer something a little different. First there’s ‘I Don’t Want No More’. Sadly it starts in the low key way of the bulk of the rest of the album but then it takes off in a loose, unstructured jazzy way. ‘Forgive Me’ is a touch different too. This one starts with some mournful violin… underlining the inherent melancholy of the track (and indeed the rest of the album) but it’s still just too downbeat. Best track on offer is the brassy ‘Tommy’. It comes on like a breath of fresh air considering the rest of the album… it’s a pleasing marriage of old school soul and neo-soul. No wonder Lili K and her people picked it as the lead single.

The problem with ‘Ruby’, or so it seems to me, is that it’s a self-written and self-produced (and probably self-financed album) and with all the best will in the world the performer is far too close to her work to be objective and honest. A fresh pair of ears and a more open mind could have made this a better album