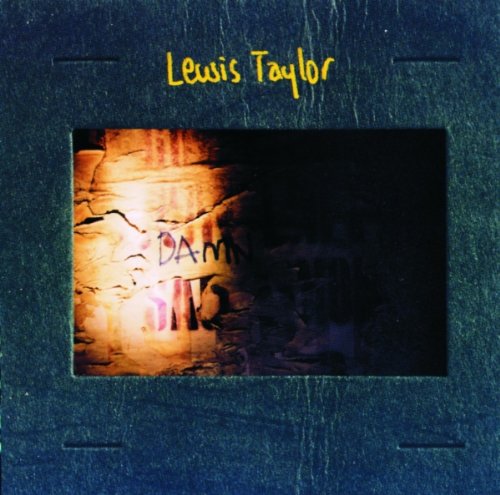 Wow, here’s a real blast from the past… well 1996 to be precise! That’s the year that North Londoner Lewis released this, his eponymous debut long player. The ten track album was lauded by the critics as a blue-eyed soul masterpiece but their kind and supportive words were never translated into sales or radio plays and with this reissue we can attempt to sort out why.

Taylor had begun his music career playing guitar with 70’s throwback prog rockers the Edgar Broughton Band; then in the 80s he worked as “Sherriff Jack” whose inspiration seemed to be Syd Barrett and other psychedelic dabblers. In 1994 he was “discovered” by Island Records and a couple of years later they issued his first proper LP midst much publicity. The music, the hype told us, explored the sounds of people like Al Green and Marvin Gaye but filtered through Beach Boys style harmonies with a touch of Massive Attack and Portishead. And therein, I’d suggest, lies the answer as to why the critics loved it but the masses remained unmoved. Music writers love to appear trendy; they all want to discover the next big thing and love dropping weird and wonderful names. Taylor ticked those boxes for them, but the record buying public and the radio programmers are simpler folks. By and large they know what they like and odd cocktails rarely work for them… and Lewis Taylor was an oddity.

In truth in places he does come on like Gaye and Green. ‘Bittersweet’ for instance revisits Marvin post ‘Let’s Get It On’ – lovely layered harmonies and pleading lead voice, but it’s more of a meander than a proper song. Nor is it what we might call “happy music”. Sure nowadays pop people revel in “music to slit your wrists to” but in the late 1990s, with the Millennium looming, people wanted cheering up. Lewis Taylor wasn’t the man to do that for them. Indeed on one cut here, ‘Track’, he actually sings “My mood is as black as the darkest soul”. Maybe now’s the time for people to enjoy ‘Lewis Taylor’ a little more… and to help increase that enjoyment, this reissue comes with a massive 12 bonuses – B sides to the singles off the album along with Kruder and Dorfmeister remixes of one of the album’s best known cuts, ‘Lucky’. Interestingly one of those mixes is dubbed “The Suicide Mix”! Don’t recall Mick Hucknall tagging any of his songs like that!

A turn of the Millennium album bombed too as did releases on his own label, so Lewis Taylor quietly morphed into Andrew Taylor and most recently he was known to be playing bass with Gnarls Barkley.