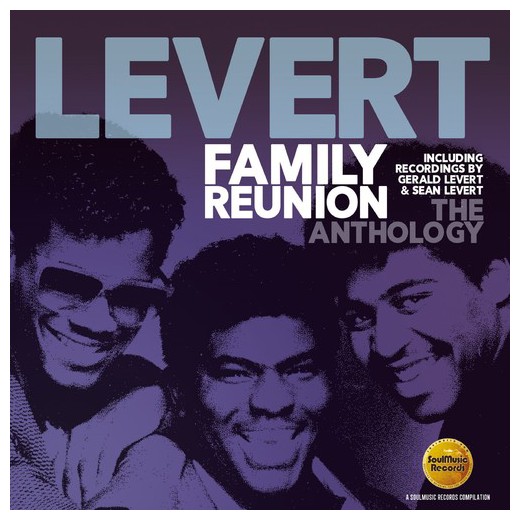 Eddie Levert is the soul man’s soul man. The O’Jays front man has a delivery that is both passionate and forthright. He takes no prisoners and with such commitment to his craft it was a given that his sons, Gerald and Sean would follow in his considerable music footsteps. So it was that in 1985 the Levert siblings along with childhood friend, Marc Gordon secured their first record deal as LeVert (the upper case V was how they spelled their name back then). They’d long been honing their craft and polishing their songs, so, it was a mighty disappointment  when their first outings on the indie Tempre Records bombed.

It wasn’t long however before the trio scored a deal with Atlantic Records and pretty quickly the hits and the acclaim started to flow…. ‘Pop, Pop, Pop Goes My Mind’, ‘Fascination’, ‘Casanova’ et al. Gerald Levert was , it seems, always the driving force behind the group and in time he began to strike out on his own; at first, though, still remaining part of the group. But by the early 90s Gerald was a bona fide solo star and in demand as a writer, producer and collaborator too. Apart from collaborating with dad, Eddie, maybe his most remarkable collaboration was with Keith Sweat and Johnny Gill in LSG.

Label hopping and a cameo in the Motown Funk Brothers movie kept the Gerald Levert profile high; then, at his peak, he tragically died. In November 2006, aged just 40, he overdosed on pain killers. Compounding the Levert tragedy, brother Sean passed two years later. In 2008 he’d been incarcerated and, denied the drugs he depended on, he died from withdrawal symptoms.

It’s impossible to gauge how Eddie Levert felt. He was left to reflect and mourn but maybe deep down he drew a little satisfaction from the knowledge that his boys had left a considerable soul music legacy.

SouMusic Records have here brought together the best of that legacy in a 32 track, 2 CD album that pulls together all the hits along with a slew of rarities and hard to find items. Interestingly some of the hits arte offered in different versions to the originals – for instance ‘Casanova’ comes in its “Dance Mix” but more interestingly we get the likes of Gerald’s duet with Mikki Howard (‘That’s What Love Is’), his duet with Sean (‘Point The Finger’), a selection of Sean solo tracks and, maybe most poignantly, a trio of duets between Gerald and Eddie that include their version of ‘Wind Beneath My Wings’… a “family reunion” indeed.