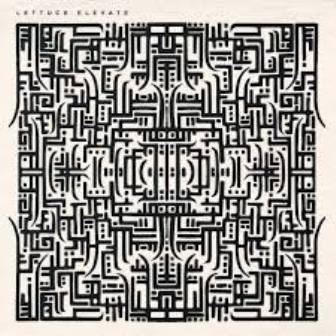 Lettuce is a six piece band – Adam Deitch (drums), Adam Smirnoff (guitar), Erick Coomes (bass), Ryan Zoidis (saxophone), Eric Bloom (trumpet) and Nigel Hall (keys) – who since coming into being back in 1992 as college boys have staunchly fought against being pigeon-holed. They describe their music as “funk/jazz/soul/jam/psychedelic/ hip-hop/art rock/ambient/avant garde/eclectic and experimental!” Take your pick! Indeed dip into anywhere on this new 11 tracker and match any of those adjectives with each track. Yes, ‘Elevate’ is all that and more.

Interestingly, the band, before expanding their vision, did begin as a funk outfit and on the early Tower of Power influenced cover of Cold Blood’s ‘Ready To Love’ you can hear those funk roots. ‘Royal Highness’ offers a Princely version of funk while the version of the soul standard ‘Love Is Too Strong’ (vocal from Marcus King) is reasonably authentic Southern soul. It, like the rest of the LP, was recorded near Denver, Colorado. though.

Elsewhere, ‘Shmink Dabby Kane’ is sort of Latin rock, ‘Krewe’ melds Afrobeat with Blaxploitation, ‘Trapezoid’ mixes reggae with space age electronics and ‘Gang Ten’ (all 13 minutes of it!) is a synth rock meander. One of the album’s most accessible cuts is cover of Tears For Fears ‘Everybody Wants To Rule The World’. Its relative simplicity adds to the album’s eclecticism. Note the word “relative”… it does evolve beyond the Tears For Fears version. And talking about “eclectic”… what about that cover art?