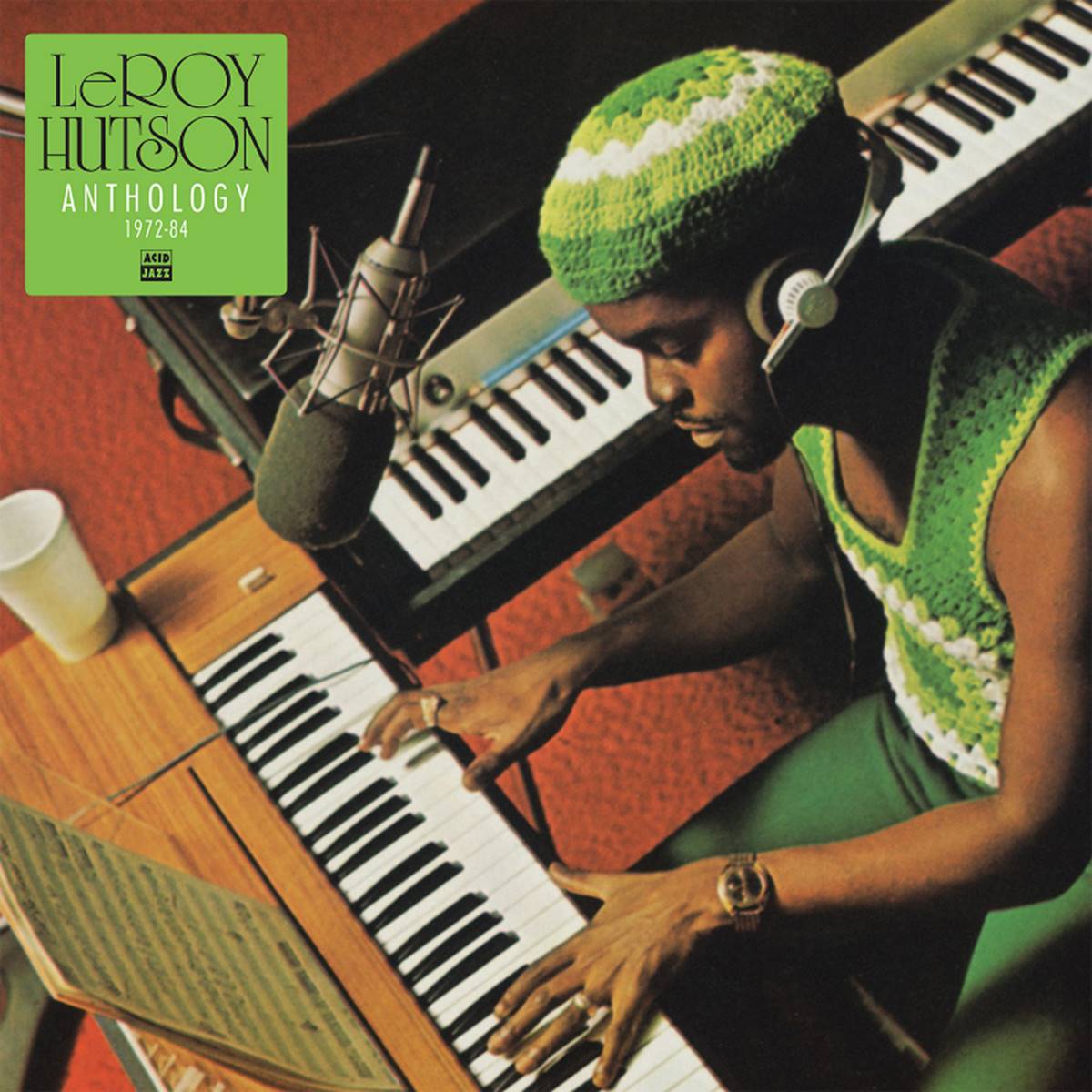 Given that  the 1970s was a very competitive era for male soul vocalists and was dominated by the likes of Barry White, Isaac Hayes, Marvin Gaye, Curtis Mayfield, Al Green, and Teddy Pendergrass, it’s no surprise, perhaps, that Leroy Hutson – whose voice wasn’t as distinctive or as charismatic, perhaps, as those aforementioned greats – never quite made it into the Premier League of R&B singers. He did, though, make some superb records – though never scored a big hit single – and was a fine songwriter and producer who has acquired a cult fame over the years, especially for the music he recorded for Curtis Mayfield’s Curtom label in the ’70s. Some of Hutson’s work is now out-of-print so Acid Jazz’s new 19-track anthology, which cherry picks the best of the New Jersey-born soul auteur’s Curtom years and includes two previously unreleased tracks, is a great opportunity to assess the ex-Impressions’ singer’s oeuvre.

Hutson’s two biggest tunes in the Rare Groove era of the late ’80s were the epic groove ballad, ‘All Because Of You,’ and the jazzier, incantatory ‘Lucky Fellow,’ both taken from the singer’s classic 1975 album, ‘Hutson.’ They’re both included here, of course, though there’s no room for the full album-length version of the former song, and instead (no doubt due to time constrictions), the single edit is used. That’s slightly disappointing but it’s compensated for by the presence of a majestic previously unheard track from 1977 (presumably an outtake from the ‘Closer To the Source’ sessions), ‘Positive Forces,’ which has all the classic Hutson hallmarks: an anthemic chorus, killer groove, and superb orchestration. Given the quality of the track, it’s a mystery that’s it’s been gathering dust in the vaults for years. Another unreleased gem now officially issued is the much-bootlegged ‘Now That I Found You,’ a slice of danceable  early ’80s boogie that stylistically is a close cousin of the electro-funk material Hutson recorded on his ‘Paradise’ album from 1982 for Elektra.

Other highlights on this ace retrospective – which focuses on albums cuts rather than charting singles – are the Hutson classics, ‘Cool Out’ (the jazzy instrumental overture that opens the compilation),  ‘Lover’s Holiday,’ ‘Never Know What You Can Do (Give It A Try),’ the Latin-style disco cut, ‘Closer To The Source,’  and the mellow, flute-laden groove, ‘I Think I’m Falling In Love.’  It’s a set that highlights Leroy Hutson’s unique and largely underappreciated genius and is a timely reminder as the man is due to visit the UK’s Jazz Cafe on December 27th.

The anthology is available on CD, download, and vinyl LP from October 20th.