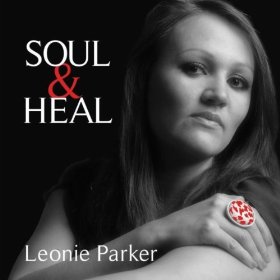 Leonie Parker is a new UK singer who was raised on the soul sounds from her dad’s collection. Leonie cites people like Aretha, Roberta Flack, Etta James, Joss Stone and Beverley Knight as influences and despite the odd aberration, those old school and “proper” soul icons have clearly had an impact on the recording of the lady’s debut 12 tracker. ‘Soul and Heal’, you see, is a decent little soul album – possibly veering too much towards pop for the blinkered purists, but, as ever, that’s their loss. The set opens with ‘Still You Don’t Call Me’ a very sweet, catchy summer cruise and there’s a lot more like it. ‘Get Your Love Kicks’, ‘What Do I Know’ and ‘Am I Losing You’ ‘ are all very pleasing with a real understated charm. Ballad-wise, ‘Come On Home’ is the best bet – uncluttered and not making the demands on the singer which the more intense ‘The River’ does. For dancers there’s ‘Even If (Your Love Is Hot)’ and ‘My Love Is Gonna Get You’ . I found the former a touch too poppy but loved the latter which has a swagger that reminded me of a restrained Tower of Power … if only producer Geoff Waddington could have got their horns section in! Then there’s the aberration that I briefly mentioned. It’s ‘Why Don’t You Love My Love’. It’s one of those attempts to recreate that faux sixties sound in the Winehouse/Duffy way. Best to skip to the album’s two outstanding cuts – ‘Fool For Your Loving’ and ‘Silly Love Games’ (a remix of one of Leonie’s earlier singles). They represent the best of British pop-soul and to give you the flavour they combine all the best elements of Lisa Stansfield, Swing Out Sister and Drizabone. Sure, they’re not going to set the serious soul world on fire; they were never intended to. Rather they’re crafted with care and love and have a good time vibe about them that is quiet charming.