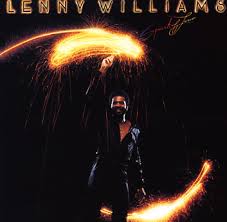 David Nathan’s Soul Music Records does a great job making long lost classics readily available and soul veteran, Nathan doesn’t go for the usual suspects. He’s been in and around the scene long enough to know what proper soul collectors really want and he does his utmost to cherry pick the stuff he’s knows those collectors will lap up. Case in point is Lenny Williams. The ex- Tower Of Power man is hardly known in the mainstream but the dedicated soul crew revere him – and have done since his golden tones hit us with stuff like ‘So Very Hard To Go’. Williams, of course, quit Tower Of Power way back and has enjoyed a decent solo career – first with Motown, then Warner Bros and eventually with ABC (he’s still recording, by the way). Last month Soul Music Records reissued his ABC debut – ‘Choosing You’ (see our reviews archive). The album contained the still joyous ‘Shoo Doo Foo Foo Ooh’ and established Lenny as a solo “name”. But it was this follow up LP – ‘Spark Of Love’ that finally announced the arrival of a major player.

The 8 tracker is a great example of the best of late seventies soul – smooth, lush and sophisticated –but also committed and soulful. Like ‘Choosing You’ the album was produced by Motown alumnus, Frank Wilson who marshalled some of the best sessioneers to deliver the sounds. The album’s big track is the sensuous ballad ‘Cause I Love You’. Lenny had written and originally recorded the song during his Motown tenure but here he recreates it into a 7 minute plus smouldering ballad that rivals the best things that the Philly crew were then  punching out with regularity. No wonder the song has become William’s calling card and if you’re not familiar with our man, take a listen and understand why –as I said at the top – the soul cognoscenti revere Lenny Williams.

The singles from the album – ‘You Got Me Running’ and ‘Midnight Girl’ were up-tempo and decent sellers but the buzz on the monumental ‘Cause I Love You’ encouraged the punters to go for the full LP and it soon achieved Gold status – and made Williams a major concert draw. Sadly for the singer the label was subsumed by MCA and his career trajectory lost momentum as the new set up failed to promote the man’s next two long players.

Lenny Williams still records and performs and you can bet that ‘Cause I Love You’ is still the show’s focal point… enjoy it here in all its original glory!