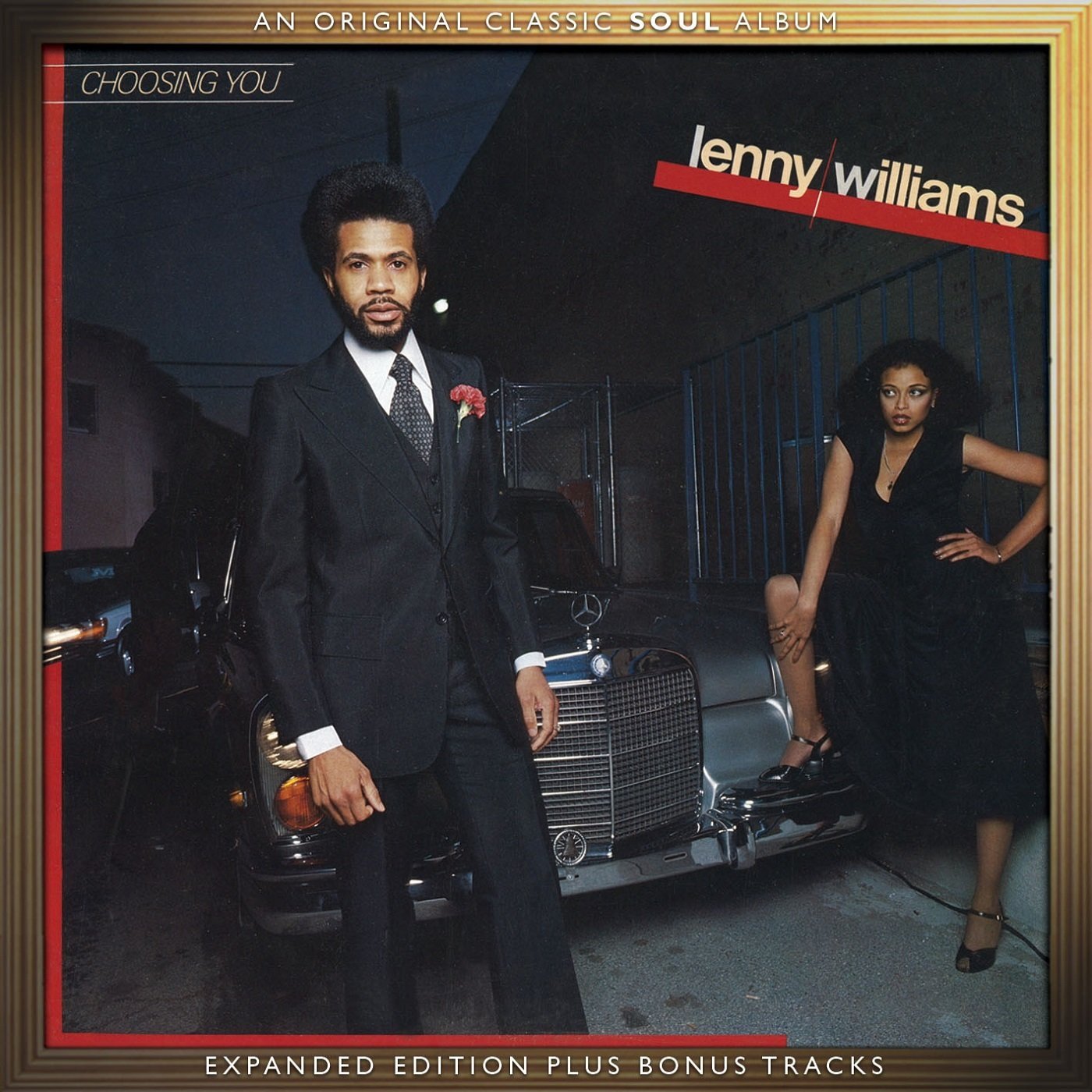 Noted for his rangy voice, Arkansas-born singer, Lenny Williams, is still going strong – his last album was 2012’s ‘Still In The Game’ – but back in 1977, he had signed an album deal with ABC Records and despite having recorded for Motown and Warner Bros (both as a member of San Francisco soul/funk act, Tower Of Power, and under his own name) he was still trying to gain a foothold in the music business as a solo artist. ‘Choosing You’ was Williams’ third long player and became the first of his albums to chart in the US, making #25 in the R&B charts. Long out-of-print, it’s now revived by Soul Music Records and if you’re a connoisseur of ’70s soul then it’s well-worth getting acquainted with.

The album is distinguished by three US R&B charting singles – the joyous shuffle groove of ‘Shoo Doo Fu Fu Ooh!’ (#31); the album’s lengthy, disco-funk-infused title cut (#62); and the buoyant dancer, ‘Look Up With Your Mind’ (#74). This reissue includes single edits of all three 45s plus a 12-inch mono mix of ‘Choosing You.’ The album was expertly produced by Motown’s former west coast man, Frank Wilson, who procured the hottest talents from among LA’s session fraternity to play the music: they included drummer, James Gadson, bassists James Jamerson, Nathan Watts and Willie Weeks, percussionist Jack Ashford, guitarist Ray Parker Jr, and keyboardist Greg Phillinganes. Williams’ erstwhile buddies from Tower Of Power also participate, adding their signature horn sound to a couple of cuts. As well as some strong singles, the 8-track set included the passionate ballads ‘Trust In Me’ and ‘I’ve Been Away Too Long,’ the soulful dance groove, ‘Riding The High Wire’ – featuring some exemplary falsetto work from Williams – and the blues-inflected mid-tempo cut, ‘Please Don’t Tempt Me,’ which morphs into an eight-minute disco-funk jam. The closing cut, the super-soulful ‘Problem Solver,’ offers a strong finale and showcases Williams’ athletic vocals at their best.

Judging from Williams’ comments in the liner notes, ‘Choosing You’ and its singles didn’t quite achieve the sales that the singer had hoped for. But with the rise of disco, the late 1970s proved a difficult time for soul singers and Lenny Williams fared better than most. Indeed, his next ABC LP, ’78’s ‘Spark Of Love’ – due to be reissued soon by Soul Music – made an even bigger impact on record buyers in the USA. ‘Choosing You,’ then, gave Williams the valuable foothold that he had been seeking and it still holds up pretty well today.