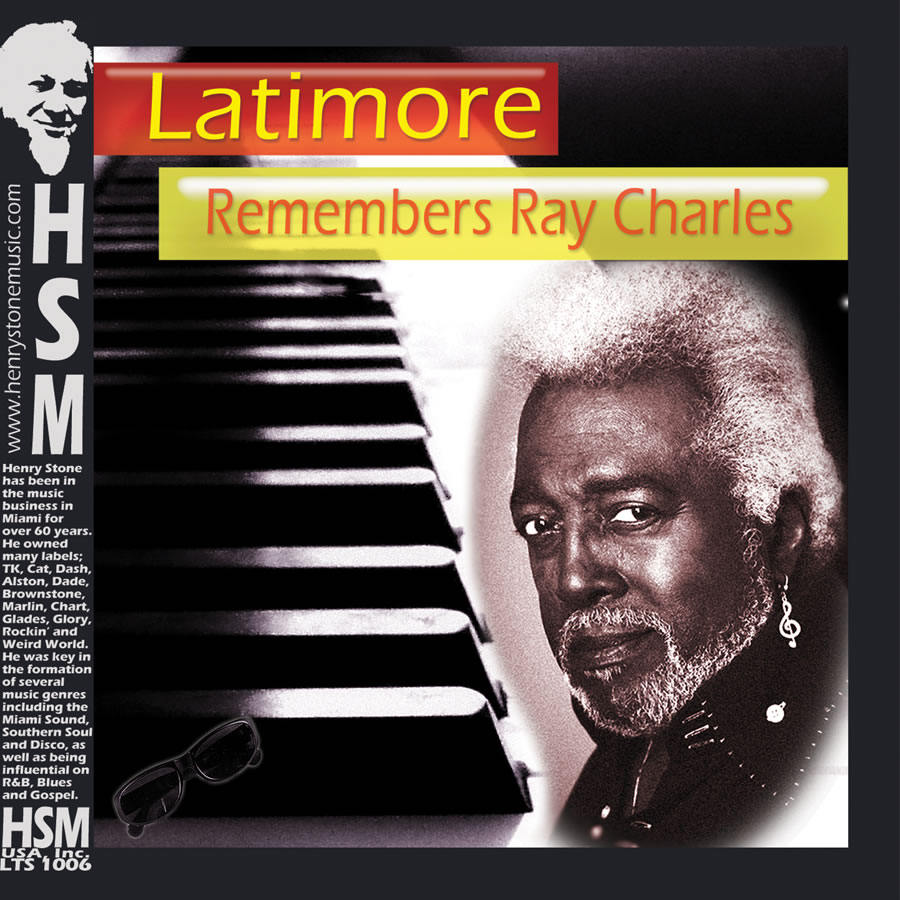 Florida-based Latimore is one of the last of the old time Southern soul men still recording. For most of his career he’s worked with veteran music entrepreneur Henry Stone who operates out of Miami and for his 25th long player the singer (with, I’m guessing, encouragement from Stone) has put together a 10 track tribute to Ray Charles. My hunch for the Stone influence is based on the sparse sleeve notes. In them, Mr Stone enthuses about being one of the first to record Ray Charles. It was back in 1951, we’re told, when the young Charles cut some tracks for Stone in a make shift studio behind an old Miami warehouse and he’s held Uncle Ray in rightful huge esteem ever since.

Likewise Latimore… he’s equally enthusiastic about the project and has enough respect for Ray Charles not to take too many liberties with the material. He’s selected nine very well-known songs and does them “straight” – no gimmicks, histrionics or variations in the basic arrangements. The big difference is in the vocal approach. Where Charles goes from a super sensitive vulnerability (on things like ‘Crying Time’) to an unbridled, enthused abandon (as on ‘I Got A Woman’), Latimore’s whole approach is more measured and stately. Deep and husky (in the 70s “lurve God” mould) his delivery is hugely mannered – but the world-weary edge ensures it remains soulful. To hear what I mean, compare their respective versions of the two above-mentioned songs. Other Charles’ classics selected by Latimore include ‘Georgia On My Mind’, ‘Unchain My Heart’ and ‘What’d I Say’.

The tenth song on the album is a Ray Charles song too – but one that not too many know about. It’s called ‘St Pete Florida Blues’ (sometimes credited as ‘I Found My Baby There’) and it’s one of the songs that Ray recorded for Stone way back in 1951. In truth, it’s this LP’s highlight – probably because its unfamiliarity makes it difficult to force a direct comparison. Latimore and his guitarist, Warren “Roach” Thompson, take it home in fine Southern soul style and, given the context, it makes a fitting conclusion to the collection. Find out more @ www.henrystonemusic.com