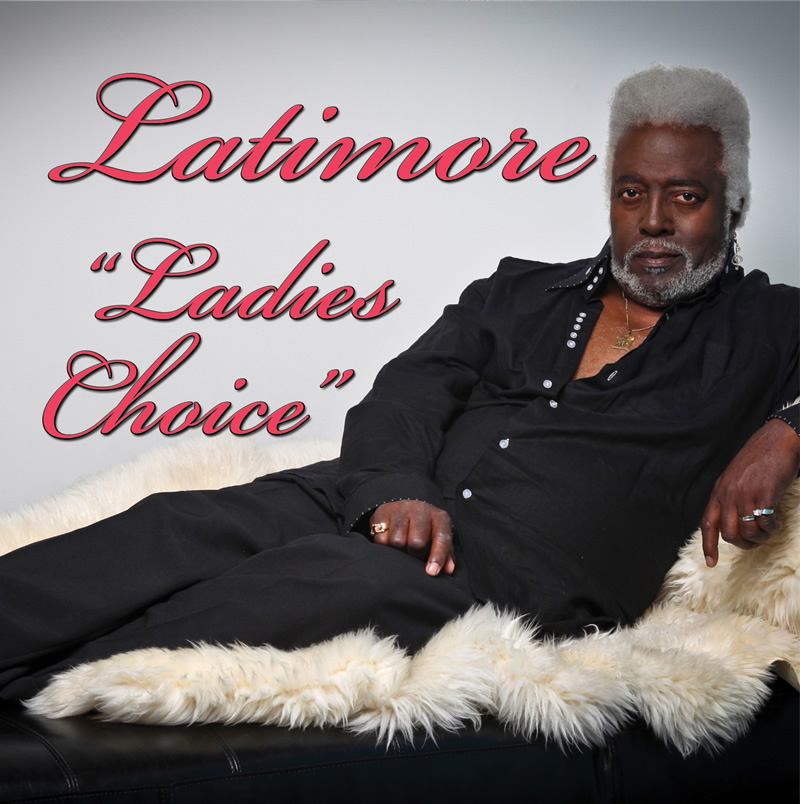 Latimore is one of the last southern soul men. Born in Charleston, Tennessee, he operated (indeed still operates) in and around Florida and for much of his career he’s worked with music biz entrepreneur Henry Stone. For the last couple of years he’s been back in the Stone fold and this 9 tracker is the latest fruit of their association… and what an odd album ‘Ladies Choice’ is. It proves that old soul men and modern recording technology aren’t the best of bedfellows while Benny’s whole approach is dated. His voice is deep and husky, but in places it’s strained and ultra-mannered… bizarre even. He comes on like a 70s “lurve god” (reinforced by the title and the art work) but in truth it’s more like a parody than the real thing.

That said, in places he still does get things to work – as on ‘Bow Wow (I’m An Old Dog)’, a proper southern soul throw back – musically and lyrically. It features some nifty guitar from Roach Thompson and it’s the kind of thing that Bobby Bland used to do so well. ‘Big Ol’ Pretty Girl’ evokes the past too. You’ve probably worked out that the lyric extols the virtues of big women but the programmed horns reduce the authenticity. Elsewhere ‘Made In America’ is a heavy handed look at the American Dream, while ‘All Said And Done’, though boasting a pleasant tune, meanders on a theme that takes in Christopher Columbus and the Book Of Revelations. ‘Dance With Me’ is another oddity. Despite its title, it’s a slow blues (that man Thompson again) with Mr. L taking a swipe a hip-hop and other “modern” crazes. He just wants his DJs to play some decent, old-fashioned slow soul… don’t we all? Speaking of which, Latimore closes the album with a cover of Bobby Caldwell’s ‘What You Won’t Do For Love’. It has to be the most bizarre cover of 2011. Our man’s piano work is great but then he slows the thing down to a funereal pace quite at odds with the mood of the song. It’s like when you play old vinyl 7 inchers at the wrong speed. Like I said – bizarre, but you can check it out @ www.henrystonemusic.com