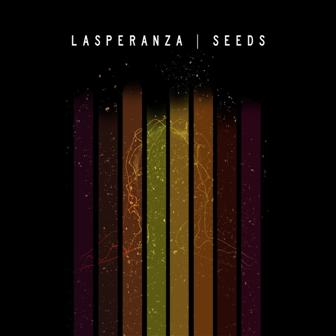 UK soul brand leader Dome Records have been uncharacteristically quiet for a while but they’re now back in real style with this much-anticipated project from Lasperanza (the word is something to do with hope). Lasperanza is the brainchild of UK producer/musician Rico Garofalo who’s been on the scene since the 90s but he’s long harboured a dream of recording an album of the songs that made him fall in love with soul in the 80s – the music that made him realize that he wanted a job in the business himself. Six years ago he built himself a studio in Hertfordshire and, at first just for himself, he started to record some of those influential tunes. The project grew and grew and when the Dome people got to know about it (and they know a thing or two about soul!) they decided to work with Rico and release it as a commercial album.

The album launch was preceded by two very well-received singles…. a version of Gwen Guthrie’s ‘It Should Have Been You’ (with vocal from Izzy Chase)’ and an intriguing version of MJ’s ‘Working Day And Night’…vocalist here is Kayleigh O’Neill. The key word in that last sentence is “intriguing”. You see Rico didn’t just want to do straight covers; he wanted something a little different; “I didn’t want to do straightforward covers. I wanted to change the arrangements, be it from a rhythmic or harmonic aspect, sometimes both, while always keeping a soul/jazz flavor. Give the songs a new lease of life rather than just a fresh lick of paint“.

And there’s plenty that’s different here. For instance take Lasperanza’s look at that most familiar of soul songs – Al Green’s ‘Let’s Stay Together’. Here it sounds like a different song altogether… a sort of Incognito thing going on… yes different.

Another thing that’s different about ‘Seeds’ in comparison to other “covers” album is that many of the songs aren’t that well-known. Sure we all know about ‘Let’s Stay Together’ and ‘Working Day And Night’ but what about Lou Rawls’ ‘Early Morning Love’, Angela Bofill’s ‘Under The Moon’ and Marc Sadane’s ‘One Minute From Love’? If you know the Sadane song you’ll know it’s a brisk modern soul dancer. Here Rico turns it into a moving ballad… the inspiration, he says, was Tower Of Power.

‘Seeds’ is available now via Dome Records and Mr G says that the title is important: “these songs were some of the seeds that planted the roots of my love and passion for soul music.” If you love soul too you’ll surely want to investigate these passionate (and different) covers.