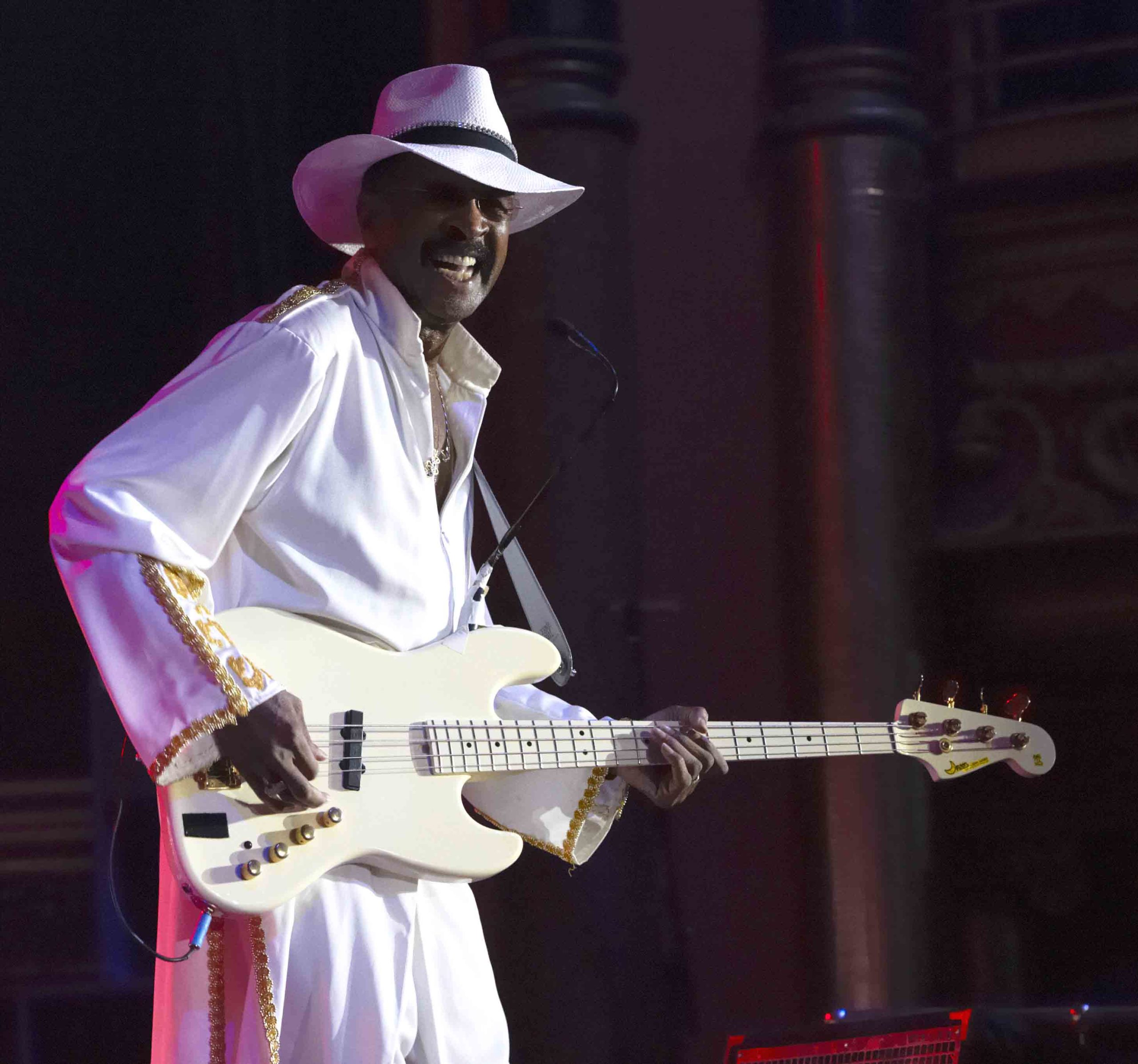 Larry Graham’s seismic bass lines – deep and rumbling one minute, drillingly percussive the next – threatened to tear the roof off Clapham’s antique concert venue, which first opened as a music hall in the late Victorian era and is now a listed building. While architects in the wake of this concert will probably nervously inspect the brickwork for structural damage, funk fans will be attempting to cope with the long term effects of tinnitus in the ears. Yes, it was loud – very loud. But it was what a funk gig should be: high-decibel, raucous, celebratory and immense fun. It was one huge party from beginning to end and Larry Graham was at the centre of it, dropping tons of greasy get-down funk bombs with a revived version of his band Graham Central Station…

Like a master showman, Graham – who’s now 66 – knew how to work an audience into a frenzy with a selection of material that not only spotlighted key tracks on his long-awaited new opus, ‘Raise Up,’ but also focused on material from his late ’60s/early ’70s tenure with Sly & The Family Stone. From that era, Graham and his cohorts played ‘Dance To The Music,’ ‘Everyday People’ and ‘Thank You (Falettin Me Be Mice Elf Agin)’ as well as dropping in the Graham Central Station classics ‘Release Yourself,’ ‘It’s Alright,’ and a mighty version of ‘The Jam.’ Stentorian-voiced female singer, Ashling Cole, took the spotlight for ‘Rain,’ GCS’s stirring funkafied revamp of Ann Peebles’ ‘I Can’t Stand The Rain’ though the performance of a note-for-note cover of Maroon 5’s ‘Moves Like Jagger’ proved an odd and perplexing inclusion to say the least.

That was the only off-key moment in a concert that also for a time suffered from a nebulous soundboard mix (not helped by The Grand’s massive natural reverb effect, no doubt). As an encore, Graham delivered a transcendent rendition of Sly’s ‘I Want To Take You Higher,’ which brought the concert to a thrilling and euphoric climax.