KIRK WHALUM; The Gospel According To Jazz Chapter IV (Rendezvous) 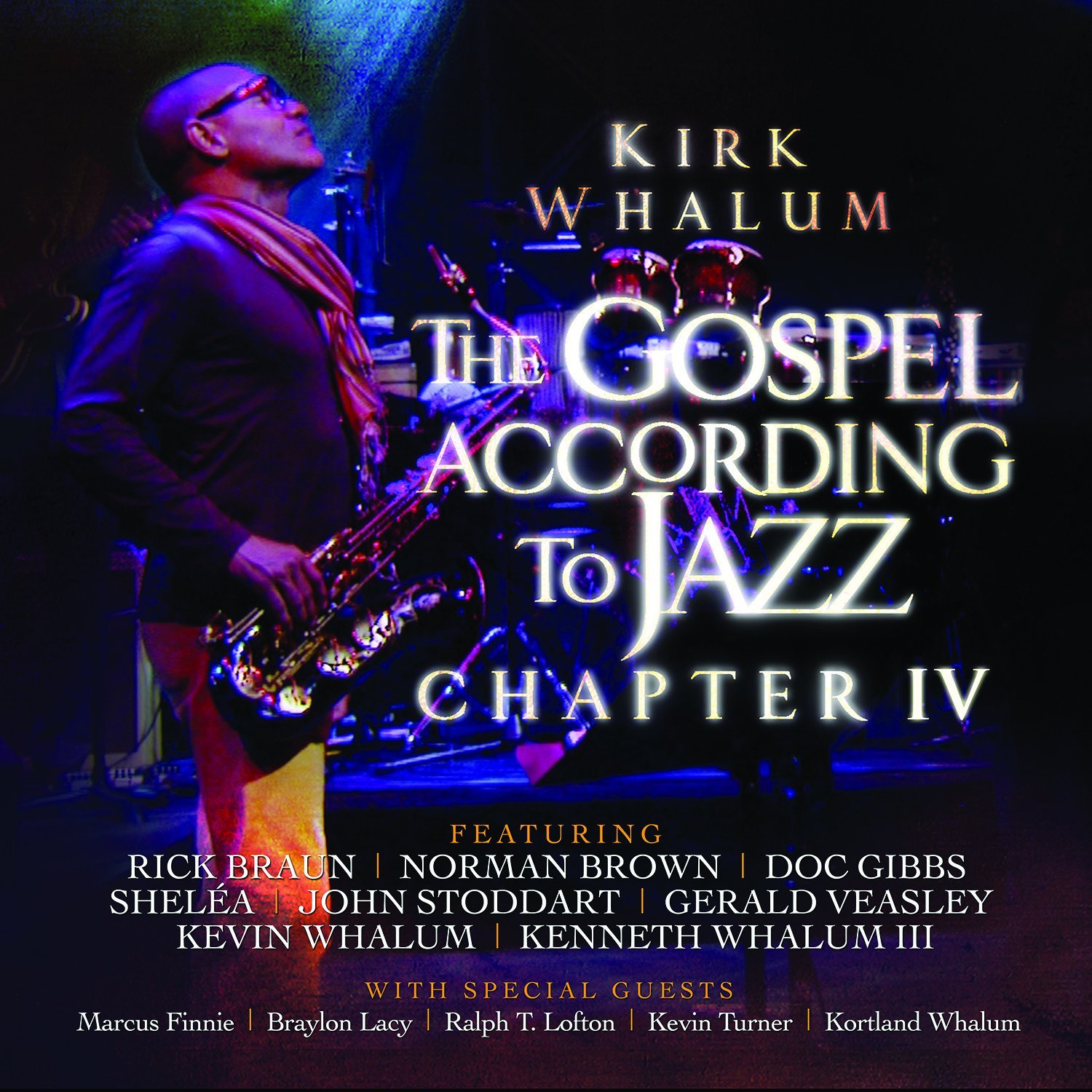 Sax man Kirk Whalum enjoys a deep Christian conviction and has always used his remarkable musicality to help spread the word with an unshakeable zeal. To that end, back in 1998 he launched the initial ‘Gospel According To Jazz’ album – an honest attempt to share what he saw as the gospel truth through his music. Each subsequent release enlarged the scope of the project and now with ‘Chapter IV’, Kirk offers a 2 CD, 19 song set which is both provocative and inspirational and, if you want to discover more, there’s also a feature length DVD.

The whole album was recorded live at the Christian Cultural Centre in Brooklyn and to help him spread his message Kirk assembled a stellar cast…. featured on the album are people like Rick Braun, Norman Brown, John Stoddart and brother Kevin. Kevin is the featured vocalist on one of the album’s highlights – a version of Paul McCartney’s ‘Let ‘Em In’. Cleverly, the Whalum’s re-write the lyric, taking phrases from the Book Of Revelations…the message being “let’s all do a better job of letting people in without judging”. Hope and empowerment are the themes of another of the set’s highlights – a version of the Impressions’ ‘Keep On Pushing’ and as President Obama was quick to point out at the recent Selma anniversary ceremonies, Mayfield’s words are as relevant now as they ever were. No coincidence either that one of the tracks, ‘My Hero’, is dedicated to Obama.

The album’s main focal point however is a lengthy Latin-flavoured tribute/homage to John Coltrane’s ‘A Love Supreme’ while elsewhere there are sermons on gun violence (‘Triage’), homelessness (‘I See You’), a tribute to the city of Memphis (‘Can’t Stay Blue’) ,a paean to Nelson Mandela (‘Madiba’) and a tune for mothers (‘Beauty In Strength, Strength In Weakness’). ‘Sometimes I Feel Like A Motherless Child’ has added poignancy in the context of this album while Todd Rundgren’s ‘Love Is The Answer” speaks for itself. Forget the England Dan/John Ford Coley hit version; this is the real deal and a great ending to an album that, by the way, is dedicated to the memory of George Duke who played on the first three Jazz Gospel sets.