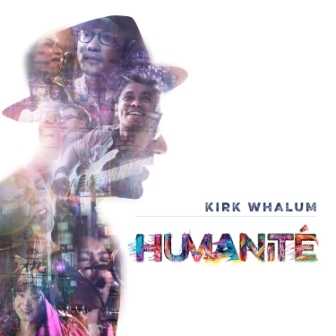 Grammy award winning sax man Kirk Whalum’s music has always been imbued with a certain spirituality. Hardly surprising, he’s a minister’s son and, growing up in Memphis, the sounds, the messages, the rituals, and the Christian ethos were never far away. An adage of the Jesuits “give me a child till he’s seven and I’ll give you the man” might well be apposite in Kirk’s case. That spirituality was there from the start. When he began his musical odyssey in Texas in the early 80s, his sound fused the blues and soul of his home town with the gospel of his family heritage. Soul-drenched, emotional and melodic, little wonder his playing was soon in demand from people like Barbra Streisand, Al Jarreau, Luther Vandross, Quincy Jones and Whitney Houston (anoraks will know that it’s Kirk’s sax on her ‘I Will Always Love You’.

Kirk’s solo career has taken him all over the world (he now divides his time between Paris and Memphis) and brought him into contact with all kinds of artists from all kinds of genres. He says: “I kept bumping into these amazing artists from all over the world and I wanted to make some crazy music with them and prove this point – that we are all one.” Hence the title of Whalum’s new long player, ‘Humanité’. Amongst the guests on the 14 tracker are Japanese jazz pianist Keiko Matsui, the young bass phenomenon Barry Likumahuwa, gifted singer/songwriter Grace Sahertian and global pop star singer/actor Afgan, all hailing from Indonesia; vocalist/guitarist Zahara, one of South Africa’s biggest stars; Kasiva Mutwa of Nairobi; and the veteran UK jazz vocalist Liane Carroll. Ms Carroll fronts the emotion-tugging ballad, ‘Wildflower’. Kirk and Liane turn Doug Edward’s 70’s pop standard into a stirring soul anthem. And there’s plenty more soul power on ‘Humanité’. Indeed the album kicks off with a vibrant reading of Curtis Mayfield’s ‘Move On Up’ (Brendan Reilly on vocals) while soul folk will also enjoy the visit to the Philly classic ‘Wake Up Everybody’ with Afgan’s vocals melding beautifully with Kirk’s mellifluous tenor. ‘Get Your Wings Up’ (featuring vocals from the song’s writer, South African-born Andrea Lisa) is another soul gem. And of course, all three of those songs perfectly suit the album’s message.

Jazz fans will enjoy ‘Korogocho’ – essentially a heavy duel between bassists Marcus Miller and Barry Likumahuwa. Miller needs no introduction here; Likumahuwa is an Indonesian bassist for whom Miller is an absolute hero… props to Whalum for bringing them together! There is though much for all to enjoy here including the closer, ‘East From The West’ which musically and lyrically underlines ‘Humanité’s’ theme and overt spirituality.