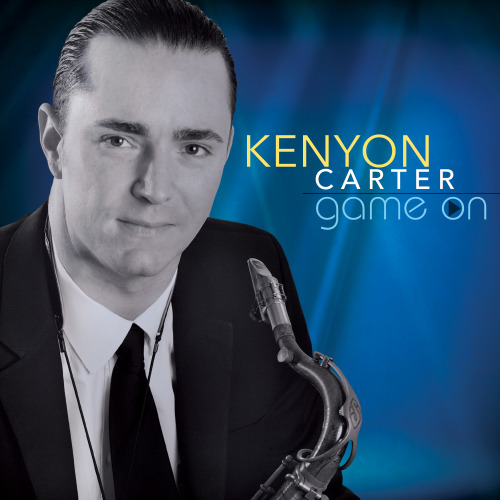 Kenyon Carter is a US smooth jazz sax man and ‘Game On’ is his third full album. That he’s created three long players at all is a measure of the man’s tenacity and determination to succeed in a career that he loves. You see, several years back Carter was involved in a serious car crash. His right arm was severely damaged but through eight months therapy, which involved the use of a special bionic glove, the saxophonist found the ability to play again. At first he found it hard to face the public and choose to teach instead but slowly he found the strength to perform and record and two successful long players (‘Right By My Side’ and ‘Songs For My Father’) brought him renewed confidence.

That confidence is clearly evident in this new album which is named for the up-tempo, buoyant title track. ‘Game On’ is a pacey, soul groove enhanced by spirited guitar courtesy of special guest Chuck Loeb. Readers of a certain vintage may well be reminded of prime time Crusaders. That Crusaders feel is also evident on the looser, almost funky ‘Jammin’ On Juniper’.

Elsewhere on the self-produced album there are plenty of mellow summer grooves. Tunes like ‘Wine On Eight’ and ‘Just A Smile’ create a vibe that’s perfect for those lazy summer days (let’s hope we get some to enjoy!) Quiet Storm fans will delight in ‘Lights Down Low’ and ‘In This Moment’ and, yes, they will be categorised “smooth”, but like the rest of the album they’re never bland. Carter’s determination to win through sees to that.