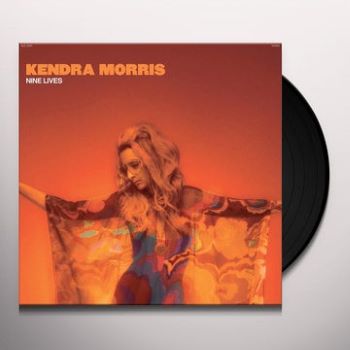 Kendra Morris is a US singer/songwriter with her own very idiosyncratic sound. Hailing from Florida, she now works out of New York City. On record she debuted ten years ago with her album ‘Banshee’ which was followed by an EP and collaborations with people like Ghostface Killah and Motown guitar man Dennis Coffey. Her progressive music is hard to pin down. It’s certainly not soul, jazz or funk but her work has, in places, elements of all three.

If you’re intrigued you can check out the “Kendra Morris sound” on her latest album, ‘Nine Lives’ – a 10 tracker offering a variety of flavours held together by her unique sound. From the perspective of this web site, the album’s closing track ‘Drag On’ is a standout. It’s a dramatic climax-building ballad that though totally contemporary owes just a little to the classic 60s girl group sound. A little more of the same on ‘Get Me Down’ on which the dense sound is Spector-ish.

The jaunty title track is another 21st century sound though with whiff of 60s cinema soundtrack to it, especially during the intro. There’s a very 60s guitar riff running through ‘Someone Else’ while ‘This Life’ might just have used the Daptone sound as a starting point. Daptone, of course, often embraces 60s flavours so maybe no surprise there. Elsewhere, well, ‘Penny Pincher’ is a pleasing, simple, acoustic ballad while ‘Keep Walking’ gets the album off to an intriguing start – unleashing the power of the Kendra Morris voice from the get-go.