KELLY ROWLAND: Here I Am (Universal/Republic) 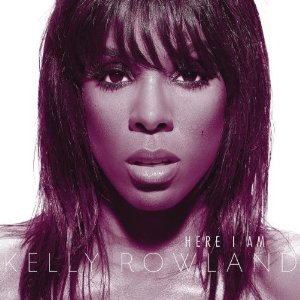 From being a Destiny’s Child also-ran, Kelly Rowland has emerged as a bona-fide superstar (in the UK at least) and it’s all down to THAT TV show. For what seems like an eternity, the lovely Kelly’s sat in judgement on a whole line of hopefuls and wannabees ; now with her latest album on the shelves (just in time for those Christmas stockings), it’s her turn to be judged and appraised. In truth, though, there’s not a lot to say. ‘Here I Am’ is a perfect artefact of the modern pop industry. Everything about it is polished, air-brushed and pro-tooled and as a role model for what X Factor dreamers aspire to, it can’t be faulted. But then again, considering what’s been lavished on it, it should be. Kelly and her people have brought in a team of top contemporary producers and writers; they include Tricky Stewart, Rodney Jerkins, Rico Love, Star Gate and the ubiquitous David Guetta and between them they concoct the just right mix of dance tunes, sweet swayers and wistful ballads.

Guetta’s trademarks are all over ‘When Love Takes Over’ and along with the already known ‘I’m Dat Chick’ and ‘Down For Whatever’ and the wild ‘Commander’, ‘Each Other’ and ‘Forever And A Day’ you could (if you were that way inclined) turn your front room into a pumping club. Those more adventurous might want to try ‘Turn It Up’ which proves that the Darkchild is still at the forefront of experimental pop/R&B. Elsewhere ‘Work It Man’ and ‘All Of The Night’ are throwbacks to Kelly’s ‘Dilemma’ days with Lil Playy and Rico Love respectively taking the Nelly parts.

By now you might have guessed that real soul is in short supply here, but on two cuts Kelly shows that she was church raised and knows how to wring emotion and, yes, soul from a lyric when required. There are two fine ballads here – ‘Keep It Between Us’ and ‘Heaven And Earth’. The first is dramatic while the latter is quite lovely. If it was on an indie soul set from an unknown, the often hard-bitten, cynical soulies would be raving about it. Here, Kelly underplays things, avoiding the histrionics that those X Factor wannabees suddenly develop when tackling a song like this. It’s worth a listen, but my guess is that the majority of the people who buy the set will skip it and go for the big beaters.