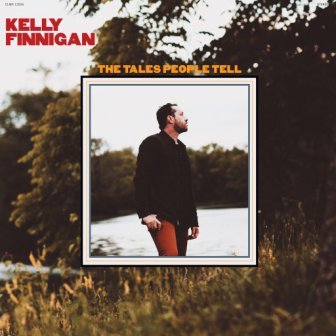 It’s been a great few weeks for sparkling new soul albums… we enjoyed new material from people like Eli Reed, the O’Jays and Tony Momrelle – names familiar to most serious soul fans who’d expect artists of that stature to deliver. Adding to that list of “sparkling new soul albums” is a 10 tracker from a name new to me, and, I’m guessing, new to most – Kelly Finnegan. Mr Finnegan is a 37 year old Californian whose father was a session keyboardist who worked with people like Etta James and Joe Cocker. Immersed in music from an early age, Kelly formed his own hip hop collective the Destruments who specialised in instrumental tracks! The group moved from LA to Oakland in 2007 but those familiar “musical disagreements” led to the band disbanding in 2009!

Up to then Kelly had played keys and drums but he had always hankered at being out front; thus in 2010 he became lead singer in Bay Area funk band the Monophonics who soon built up a cult following via arduous touring which by 2015 had started to take its toll, so, the group began to take things a little easier. This “cooling off” gave Kelly Finnegan to opportunity to do something he’d long wanted to do – work on his own material. So ‘The Tales People Tell’ was born and some three years later it’s good to go!

The album release was heralded by the single, ‘I Don’t Wanna Wait’ – a luscious slab of contemporary blue eyed soul with its roots in the classic soul sounds of the 60s and 70s and that particular soundscape is the album’s signature feel. The album boasts countless highlights – like the Stax/Hi flavoured ‘Smoking And Drinking’ and the more subtle, uptown harmony group sound of ‘Impressions Of You’. In honesty, though, dip in anywhere and you’ll you won’t be disappointed by what Kelly has crafted. Helping him deliver are players from the Daptone crew, garlanded drummer James Gadson and – a nice touch – his dad Mike!

Kelly says of his 21st century take on classic soul: “I’m not looking to reinvent the wheel… I just want to remind people why the wheel was such a good invention in the first place” and that’s exactly what he’s achieved! Long live sweet soul music!