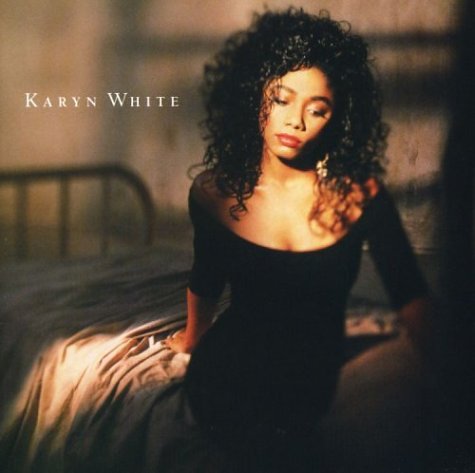 Church-reared Los Angeles singer, Karyn White, was just 23 when she released this, the first of three albums for Warner Bros, in 1988. She was already on the radar of some soul fans due to her presence on fusion keyboardist Jeff Lorber’s ‘Private Passion’ album two years earlier but really came into her own on this, her nine-track debut, which hooked her up with rising R&B producers, Babyface and LA Reid, whose infectious, hook-laden songs and slick, mechanised production values were beginning to have a seismic impact on the US R&B scene.

Now reissued with an additional disc of bonus tracks, ‘Karyn White’ is a quintessential slice of ’80s R&B whose sound is defined by crashing, programmed drum beats, sequenced rhythm tracks and glacial synthesizer parts. It’s because of these very qualities that some ’80s R&B and soul albums haven’t stood the test of time very well but thankfully, White’s debut platter is redeemed by good material, especially in terms of its ballads, which outshine the dance-oriented songs that rely too much on computerized technology. The best of the slower songs are the poignant yet empowering anthem, ‘Superwoman’ – where White was able to stretch out vocally and show how talented she was – and the sweetly seductive duet with Babyface, ‘Love Saw It.’  The mid-tempo ‘Slow Down’ – helmed by Brit, Steve Harvey – is also appealing but ironically, White’s biggest-selling US single, ‘Secret Rendezvous,’ sounds a tad dated now as a result of LA & Babyface’s brash, and somewhat plastic production sound (though it was considered state of the art back in 1988). White’s debut single, the euphoric dancer, ‘The Way You Love Me,’ another LA & Babyface confection, has lasted better, perhaps because of its more exuberant vibe, chanted chorus and Latin percussion break.

Appended to the original album are a slew of bonus cuts, including a couple of single B-sides, both written and produced by the estimable Carl Sturken and Evan Rogers (whose latest protégé is Kandace Springs). Though they, too, are heavily indebted to late-’80s music technology, they stand up better than some of LA Reid & Babyface cuts from White’s debut album.  ‘Love On The Line’ is a solid dance groove with a fat bass, funky keys and dynamic vocal performance from White while ‘Language Of Love’ is a more spacious groove but still packs a punch with its System-esque feel. Just as engaging are three cuts that White recorded with Jeff Lorber, which includes the super-catchy ‘Facts Of Love’ (another fine Sturken/Rogers tune) which sounds better than all of the uptempo tracks combined from her solo debut LP. Another Lorber cut, ‘Back In Love,’ a duet featuring White and Michael Jeffries, also stands up well after almost thirty years.

A second disc is packed with a plethora of remixes (twelve in all) of both White solo tracks and Jeff Lorber tracks, including the ‘Actuality Mix’ of ‘The Facts Of Love’ and a superior version of ‘The Way You Love Me’ housed-up by Paul Simpson.  Accompanying the music are detailed liner notes, including new interviews with White, Lorber and Darryl Simmons, which help to make this a worthwhile, value-for-money, package.