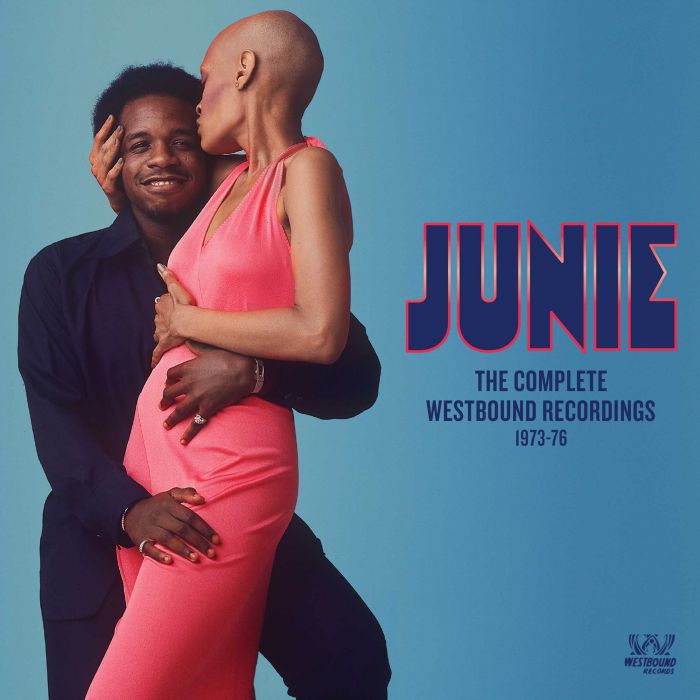 The late Walter ‘Junie’ Morrison, who died aged 62 earlier this year, rose to fame as the keyboard player with Dayton funk troupe, the Ohio Players in the early 1970s. A church-reared pianist, he wrote their million-selling 1973 smash hit, ‘Funky Worm,’ but quit the band soon after, forging a nascent solo career for Armen Boladian’s Detroit-based Westbound label where he recorded three albums between 1973 and 1976. This 2-CD retrospective brings combines all of Junie’s Westbound long players (‘When We Do,’ ‘Freeze’ and ‘Suzie Super Groupie’) together with seven bonus tracks.

‘When We Do’ is a debut LP brimming with invention and ideas – veering from slick Brazilian jazzy grooves (‘Johnny Carson Samba’) and cinematic funk (‘Tight Rope,’ ‘Walt’s Third Trip’ and ‘The Place’) to soulful ballads (‘Anna’ and ‘Married Him’). It’s easy to see why Junie felt constricted by the Ohio Players’ formulaic musical framework and elected to take a separate path. 1975’s ‘Freeze’ offered more of the same but upped the surreal, cartoon-funk quotient with the comic preamble that precedes its killer cut, ‘Granny’s Funky Rolls Royce,’ a synth-led groove that resurrects the Granny persona from Ohio Players’ ‘Funky Worm’ track.

1976’s ‘Suzie Super Groupie’ has more of a sleek, slightly softer, disco pulse, epitomized by ‘Surrender,’ ‘Suzie,’ and the sublime ‘Suzie Thundertussy,’ featuring female backing vocals and horns and the more frantic ‘Super Groupie.’ The mid-tempo ‘If You Love Him’ – with a swinging jazz-infused middle-eight – is also noteworthy, showing that Junie was much more than an off-the-wall funkateer. By contrast, ‘What Am I Gonna Do,’ with its lazy funk groove has much in common with George Clinton’s Parliament aggregation. And ironically enough, that’s where Junie’s career trajectory took him after Westbound let him go in 1976. He co-wrote and arranged ‘One Nation Under A Groove’ for Parliament’s sister group, Funkadelic, in 1978, which was a huge hit. He also masterminded Parliament’s ‘(Not Just) Knee Deep’ not long after, his unique, idiosyncratic style seeming a perfect fit with Clinton’s zany crew of spaced-out funk cadets.

In recent years, Junie’s music had been much-sampled by hip-hop groove robbers (including Kanye West, who filched a segment of ‘Suzie Thundertussy’ for ‘Life Of Pablo’) and was about to re-launch his career when he passed away in January while living in London. This excellent collection serves as a fine epitaph to the variegated yet singular musical talent that was Walter ‘Junie’ Morrison.