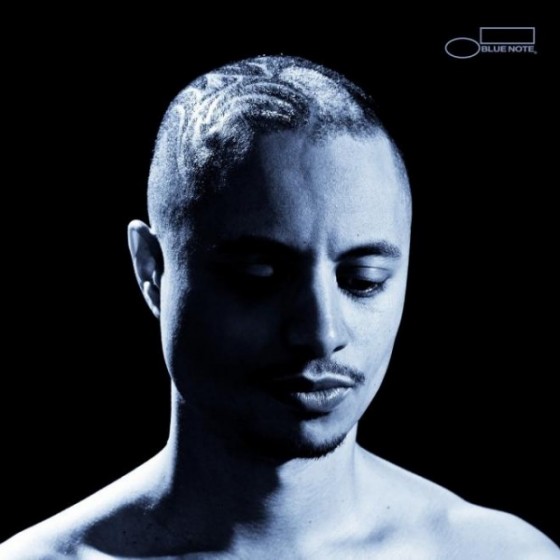 With three successful albums behind him Jose James has become an established jazz figure. Yet the 33 year old vocalist felt those previous efforts had been musically constrained by the A&R demands of the labels that had commissioned the work. So for his fourth long player James decided to work independently or as he says – “with no label, no A&R – nothing but myself and my relationship and history with my music”. To help him flesh out his new ideas he worked with a team of top collaborators that included – bassist Pino Palladino, pianist Robert Glasper, writer and guitarist Emily King and singer/songwriter Amp Fiddler. Between them they crafted an album that was quickly snapped up by Blue Note Records and it’s easy to hear why the iconic jazz label was so keen to take up the option.

‘No Beginning No End’ is James’ most accessible set to date. On it he draws upon his love for the softer soul sounds of the late 60s/early 70s – a musical era that’s perfectly suited to his sweet, romantic baritone – and, indeed, it was a meeting with the legendary Leon Ware that got Jose into the studio to work on this new music. Of the 11 cuts, ‘Bird Of Space’ is the one that owes most to Ware. Like much of that maestro’s work it’s spacey, ethereal, mythic and, above all else, sensual. ‘Trouble’ rides a similar groove. The song is James’ tribute to the “troubled” soul men (Sam Cooke, Marvin Gaye and Al Green) who’ve done so much to inspire him. Sonically, it’s clear that James has also been influenced by Bill Withers and D’Angelo … try the complex ‘It’s All Over (Your Body)’ to understand what I mean. Much simpler are the two ballad collaborations with Grammy nominee, Emily King. ‘Come To My Door’ is a beautiful pop ballad – simple but not lightweight – while the duet with King that is ‘Heaven On The Ground’ is equally satisfying.

Elsewhere, the Robert Glasper-led ‘Vanguard’ is a musical homage to the famous Village Vanguard Club, while the duet with Hindi Zahra, ‘Sword and Gun’ is full of the flavours of North Africa. Serious soul buffs will love the churchified ballad ‘Do You Feel’… a standout track that would have sat easily on any Donny Hathaway album. Indeed serious soul people will find a lot to love here. Last year soul folk took Gregory Porter’s jazz set ‘Be Good’ to their hearts. This year they’d do worse than to do the same with this.