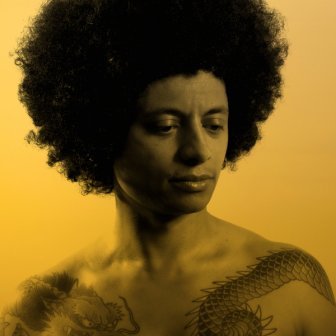 Soul/jazz stylist Jose James entered our consciousness back in 2008 with his ‘The Dreamer’ album and since then he’s built a faithful following –a following that grew hugely after his 2013 Blue Note album, ‘No Beginning No End’. James told us then that the album (his first for Blue Note) was inspired by a meeting he had had with Leon Ware and indeed the set, which drew on the softer soul sounds of the late 60s/early 70s, had atmospherics and a vibe that could be traced back to Ware and the sounds that he created.

Since then James has released four more acclaimed albums and issued a special 10th anniversary version of ‘The Dreamer’. That was in 2018 so the savvy soul and jazz crowd were excited to learn last year that the Angolan-Panamanian-American singer was gearing up to release a brand new LP; the excitement grew when they learned that the set was to be a revival of the inspiration and ideas of ‘No Beginning No End’.

Now, at last, the 12 tracker is with us and it features a wondrous guest list. Amongst those helping JJ to deliver are Laura Mvula, Christian Scott, aTunde Adjuah, Ledisi, Lizz Wright, Erik Truffaz, Hindi Zahra, Taali and Aloe Blacc. By now you may well be familiar with the Blacc collaboration, ‘Turn Me Up’. This was the album-heralding single. The funky, feisty mix of jazz and neo-soul was rightly a soul chart rider and it still sounds relevant nestling as track 3, following the frantic ‘Feels So Good’ (a duet with Cecily), the Outkast throwback that is ‘You Know What It Do’ and the opening cut – the meandering Ledisi collaboration, ‘I Need Your Love’.

However, the standouts on ‘No Beginning No End 2’ are the ballads – notably ‘I Found A Love’ (a simple, piano-accompanied duet with Taali that will remind you of the best of Stevie Wonder), the closing ‘Oracle’ (featuring Erik Truffaz’ cool blue trumpet) and the acoustic ‘Miss Me When I’m Gone’. All three allow the beauty of James’ wonderful voice to shine.

And speaking of wonderful voices, the old school, hand-clapping opening of ‘Nobody Know My Name’ (a duet with Laura Mvula) might remind you of a certain Gregory Porter. Remember though that Jose was doing his thing before Greg, so maybe somewhere down the line the cat in the jazz hat owes a little something to James? Interestingly Porter has a new album out very soon. He’ll have to go some to match the variety, beauty, quality and consistency of ‘No Beginning No End 2’!