JOSÉ JAMES: ‘Love In A Time Of Madness’ (Blue Note) 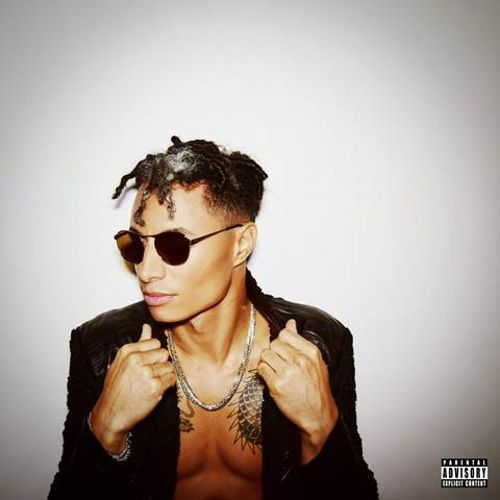 Evidently, José James likes to shatter people’s preconceptions and keep his listeners on their toes. When he emerged in 2008 with his debut LP, ‘The Dreamer,’ for Gilles Peterson’s Brownswood label, the resonant-voiced singer seemed to be intent on forging a career trajectory that followed in the wake of noted vocalese masters like Jon Hendricks and Mark Murphy. But ‘Black Magic,’ released two years later, found the Minneapolis-born singer taking an unexpected left turn into hip-hop-infused neo-soul. His switch back to straight-ahead jazz on ‘For All We Know’ – a collection of jazz standards with Belgian pianist Jef Neve – released later the same year, added to the confusion about who the real José James was. James shape-shifted again for 2013’s ‘No Beginning No End,’ which witnessed the singer melding D’Angelo-esque voodoo funk with mellow, soulful vibes and jazzy hip-hop, while 2014’s ‘While You Were Sleeping’ embraced the aesthetics of singer/songwriter rock. But just when you thought that James had found his true niche, perhaps, he returned to jazz with a homage to Billie Holiday, ‘Yesterday I had The Blues.’

Some might see James’ penchant for flitting between different styles as indicative of someone who’s lost their way or doesn’t know which direction to go in. Maybe that’s true, and certainly, the announcement that this new album is a full-on embrace of contemporary R&B would seem to confirm this. But hang on – isn’t an artist allowed to express himself or herself freely? After all, no one ever accused the chameleonic David Bowie of being unsure of who he was musically. The fact is that José James is a risk-taker – a rarity in today’s music, where a cookie-cutter mentality rules – and he’s been able to express himself in different musical settings without compromising his art. In fact, following his career and watching him explore different musical avenues, has for me, at least, been an exhilarating experience. Never sure of where he’s going next, I approach each album with a frisson of anticipation, speculating as to where the latest chapter in his musical journey is going to lead us.

Well, on ‘Love In A Time Of Madness,’ this former student at New York’s New School For Jazz & Contemporary Music has outdone himself. James has never made a bad or indifferent album but this one is without doubt his best and most coherent artistic statement yet. Though he is “reborn” as an R&B man – so says the record company press release –  he brings to the project the eclectic sensibility and distinctive approach to songwriting  that he cultivated on previous albums. What elevates ‘Love…’ above his previous oeuvre is the album’s cohesiveness. It has a unifying theme – love, of course – which binds every song together as he explores the vicissitudes of romance in  a range of settings and moods.

Perhaps conceived as a song cycle rather than a concept album, it ranges from meditative ballads – exemplified by the doubt-ridden ‘What Good Is Love,’ the jazzy ‘To Be With You,’ and the anthemic, electronica-tinged ‘Breakthrough’ – to carefree, get-on-down disco grooves in the shape of ‘Ladies Man’ and ‘Live Your Fantasy.’ The latter are a couple of superb dance floor workouts that boast  infectious choruses, punchy horn riffs and irresistible beats. This cat not only knows how to swing but he can also strut his stuff underneath a mirrorball ceiling too. These are enjoyable excursions, certainly, but the main thrust of  the album is a serious exploration of that ‘many-splendoured thing’ that is so often the inspiration behind pop music – and José James does it exquisitely. What makes this album different is that James explores the redemptive and healing power of love against the troubled background of the times we live in: an era that is starkly defined by racial, economic and social divisions.

With ‘Love In A Time Of Madness,’ José James has made what could be a career-defining album and, to my ears, it would be madness to ignore it. It’s one that certainly has mainstream appeal and the potential to take this talented singer/songwriter’s music to a wider audience – given that he gets the right breaks and suitable exposure, of course. Let’s hope that he does.