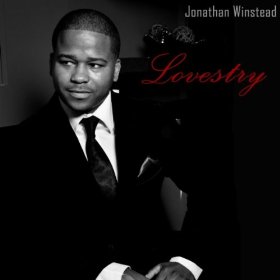 Jonathan Winstead hails from Nashville and ‘Lovestry’ is his second solo album – though he has written for and produced and engineered albums for numerous other Nashville contemporaries. His bio reveals that he’s maybe most proud of the work he did on a charity compilation album to raise money for earthquake relief in Haiti. The bio also tells us that Jonathan learnt his vocal craft in the church… though even a cursory listen to the 15 tracker would have suggested that anyway. Throughout, Mr Winstead’s delivery is committed, impassioned and honest – qualities always associated with gospel-reared vocalists and when we learn his role models are Donny Hathaway and Marvin Gaye, you know we’re talking about a serious soul contender here.

Hear those influences and aspirations at their best on the moody, shifting ‘Back Again’. A hugely atmospheric song, it creates a haunting ambience with its spaciousness and simple melodic hook. To say it’s the LP’s standout, though, would-be quite wrong. This isn’t an album of individual tracks each vying for attention. ‘Lovestry’ is one of those rare contemporary soul sets that needs to be (indeed, has to be) listened to from beginning to end. To point you to some gems though; ‘Wake Up ‘is gentle and melodious; ‘SexyLadyLove’ is ultra catchy and could ignite the contemporary R&B market; ‘Get Wit It’ is bright and hugely optimistic. Topped and tailed with its own ‘Lovestry Into and Outro’, the album is big and intense. In some ways it reminds me of another great Nashville album – 2000’s ‘Peace And Love’ from Tommy Sims. That one almost slipped away, but was thankfully espoused by the serious soul cognoscenti. Hopefully, ‘Lovestry’ will find a bigger audience (it’s already making waves on the soul underground)… but even if it doesn’t get away, said soul cognoscenti will have something to cherish.