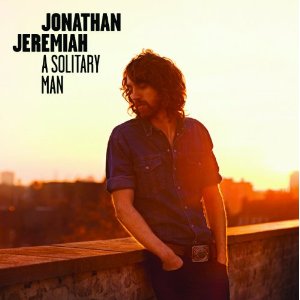 London’s Jonathan Jeremiah would be the first to admit that he’s not a soul singer – but his work has a huge soulful quality to it. Eighteen months or so ago his single ‘What’s A Guy Got To Do’ won the hearts of discerning soul fans who wanted more than formulaic beats and trite, banal “good time” lyrics. Well, the good news for said discerning fans is that Jonathan has (at last) released his first LP – ‘A Solitary Man’, and though ‘What’s a Guy Got To Do’ is conspicuous by its absence, there are lots more that will satisfy.

For starters there’s the lead single – ‘Happiness’. It’s a gentle song – maybe more folk than soul, but the sonorous delivery – which will immediately recall the great Terry Callier – will have you hooked. ‘Lost’ is another standout. Though it’s a totally original song, the melody and structure are annoyingly familiar…clearly Mr. Jeremiah’s been listening to some serious 60s soul and then put his own twist on it. On this track, by the way, the live strings (from The Heritage Orchestra) are superb and their contributions on the rest of the album are one of the factors that make this album so beguiling. They’re particularly strong on ‘That Same Old Line’ –a song good old Jimmy Webb would have been proud to create… and there we go with another comparison. That though is what this album does to you. Its gentleness encourages you to think of similar situations. Elsewhere some critics have said that Jonathan Jeremiah reminds them of people like Nick Drake, Al Stewart and Scot Walker. I’ve thrown Terry Callier and Webb into the mix and vocally I can hear hints of Walter Jackson too.

The diversity of that list should indicate that Jonathan Jeremiah is actually like no one else. He is, for sure, his own man. Like those illustrious forbears though all his songs have strong melodies, sensible, thoughtful lyrics and are produced with care and love – and there’s nothing wrong with that. Yes – not “soul music”, but ‘A Solitary Man’ is soulful.