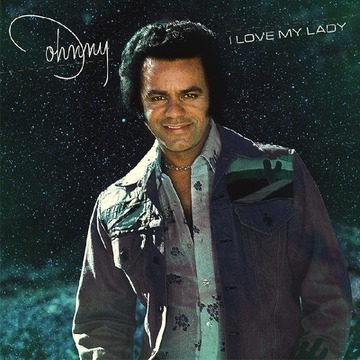 For some, the idea of svelte-voiced crooner Johnny Mathis joining forces with disco-funk sophisticates Chic might represent a marriage made in heaven – though for others, perhaps, it’s nothing less than a musical marriage made in hell. It is, without doubt, though, an intriguing if unlikely union and the fact that it actually happened – in late 1980 – is not widely known. That’s because their combined efforts in the studio (which resulted in an eight-track LP called ‘I Love My Lady’) never saw the light of day – that was until 2017, when it crept out as part of a gargantuan, limited edition, 68-CD box set (called  ‘The Voice Of Romance,’ retailing at £350) chronicling Mathis’ long tenure with Columbia Records. Now, though, US reissue specialist, Real Gone, are finally putting out ‘I Love My Lady’ as a standalone release and given the current global interest in a revived incarnation of Chic, who are riding high with a new album, ‘It’s About Time,’ it’s sure to attract attention.

Those, like this writer, disappointed by Chic’s latest opus will find something to savour in the songs served up by Rodgers and Edwards here. Stylistically, they tie in with the stripped-down, muscular vibe of Chic’s largely unheralded ‘Real People’ and ‘Take It Off’ long players of the early ’80s. While Rodgers-Edwards worked wonders with Sister Sledge and Diana Ross during the same timeframe, it’s not difficult to see why Columbia got cold feet and shelved the Mathis album (the disco backlash may also have been a factor influencing their decision). It just doesn’t gel. Mathis’s vocals often sound stiff, wooden, and unconvincing in acute contrast to the fluidity of  Chic’s simmering disco grooves. ‘Love And Be Loved,’ which closes the album, is one of the better, more cohesive cuts, and the moodier ‘Take Me’ initially promises much with its hypnotic cycle of chords, but ultimately, Mathis sounds uncomfortable, particularly when he has to sing a staccato vocal line, which goes against his modus operandi as a smooth crooner. This leads to an inherent tension in the music which is present throughout the set’s eight songs. With a different, more flexible and perhaps demonstrative vocalist, this could have been a classic set. Even so, while it’s far from perfect, it’s still an absorbing listen and for Chic fans, it’s indispensable, of course. The CD version is bolstered with three remixes and is available from February 1st.