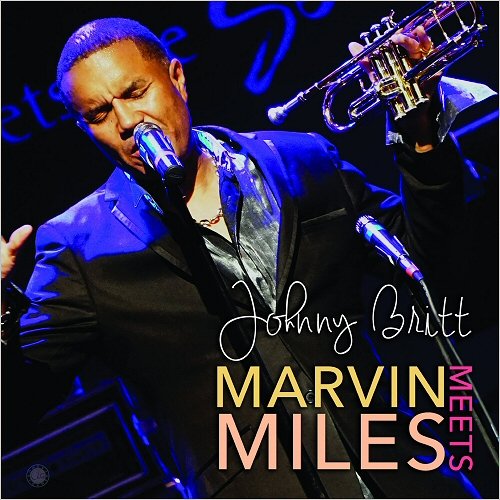 Louisville-born Johnny Britt is a singer, songwriter, producer, trumpeter, arranger and composer. Eagle-eyed modern soul connoisseurs will recognize his name for the work he did with Impromp2. But there’s much more to Johnny’s CV than that connection. Session-wise and live, he’s worked with a cross genre selection of stars including Josh Groban, David Bowie, Jennifer Lopez, The Temptations, Maxwell, Peabo Bryson, Quincy Jones, Luther Vandross, Dionne Warwick, Kashif, Norman Connors and The Winans and at the moment he’s the music producer for the hit TV show ‘America Sings’.

Classically trained in the trumpet (he attended conservatories in the US and in France), Johnny made his solo album debut in 2010 with ‘There Is Nobody’ which was followed by 2011’s ‘Feels So Good’ but this new album… a fusion of the work of Marvin Gaye and the atmospherics of Miles Davis is his most ambitious. Johnny is a lifelong Gaye devotee while he cites Davis’ ‘Doo Bop’ long player as having a huge influence on him. Indeed the album was the motivation for Johnny to form Impromp2 with rapper Sean E Mac (Sean Thomas).

There’s no rapping on ‘Marvin Meets Miles’ just 8 Gaye songs (all from his post ‘What’s Going On’ era) and one original which come in two mixes. Throughout, Johnny sings in a distinctive high tenor – the same range as Gaye’s – while like Davis, his instrumental philosophy is simply “less is more”, best illustrated on the sparse take of ‘What’s Going On’. Johnny eschews the familiar sax intro and keeps thing simple throughout, with little more than his muted horn echoing the vocal lines. The version of ‘I Want You’ is more complex with sweet, layered harmonies while the album’s most “up” moment comes with ‘Got To Give It Up’. This comes with an expected live atmosphere while Marcus Miller’s bass line maintains a tight momentum. The album’s other big guest is Wah Wah Watson (Melvin Ragin) who’s there on Johnny’s version of ‘Let’s Get It On’. He played on the original, of course, and though he offers the same, familiar intro, on the rest of the track he holds back allowing the complementary vocal/horn lines to shine.

The other Gaye tunes are ‘Trouble Man’, ‘Inner City Blues’, ‘After The Dance’ and ‘You Sure Love To Ball’ which comes in two versions, one with guesting saxophonist Boney James. The album’s original is the self-explanatory ‘Marvin Meets Miles’ which also comes in two mixes with little to choose between them.

If Marvin ever met Miles, I don’t really know and we’ll never know what any collaboration might have sounded like. Here Johnny Britt delivers an interesting concept that offers a unique and intriguing insight into what might have been an outcome and oddly, it’s familiarly unfamiliar!