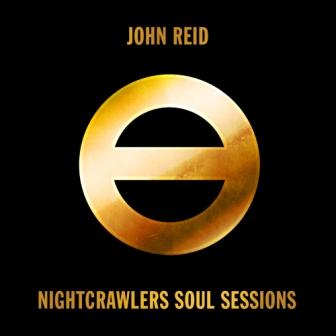 Scottish singer John Reid has enjoyed a properly varied career. He started off as a soul DJ, and then in 1992 he formed his own band, the Nightcrawlers who enjoyed plenty of action with ‘Push The Feeling’ and ‘Surrender Your Love’. John then focused on song writing, penning songs for a mixed bag of artists – amongst them Westflife, Rod Stewart, Tina Turner, Kelly Clarkson and Leona Lewis.

At the back end of 2017 ‘Push The Feeling’ enjoyed some reactivated action which, I’m guessing, prompted Mr R to make some new Nightcrawling music and the result was a lovely 3 track EP. All three tunes were produced by Michael J McEvoy and Ernie McKone so you know we’re talking soul quality…. reflected in the number of airplays and spins the cuts won for themselves.

Now those three tracks form the centrepiece of John’s latest album and the new tunes maintain the high soul standard set by the EP’s three. The lead single off the set is ‘All Night Long’ (no not that one… it’s a new song!) and soul radio listeners will already be familiar with it – a classy, tight modern soul groove; the kind of thing that Cool Million do so well. In fact it has a flavour of their recent work with Kenny Thomas.

John clearly has a penchant for penning songs with familiar titles. Apart from ‘All Night Long’, there’s a cut here called ‘Stop Look Listen’. No, not the Stylistics’ song; rather a new pleasant pop/soul confection. It does actually reference the Marvin Gaye/ Dina Ross version of the soul classic in the lyrics and to show that he has a soul pedigree, on ‘If It’s Love You Want’, he runs through a litany of soul “names” in the clever lyrics. It’s one of the many album highlights. ‘Push The Feeling On’ is another top tune – a classic modern soul groove.

Ballad-wise ‘Right Where I Belong’ is the big one, while the three original EP tracks still sound fresh and exciting despite their familiarity. All three ‘I Need Your Love’, the cooler ‘Love Comes Round’ and ‘Watchin’ You Watchin Me’ are destined to be amongst 2018’s top tunes. I’m predicting too that the album will also find its way onto year end “best of” lists.