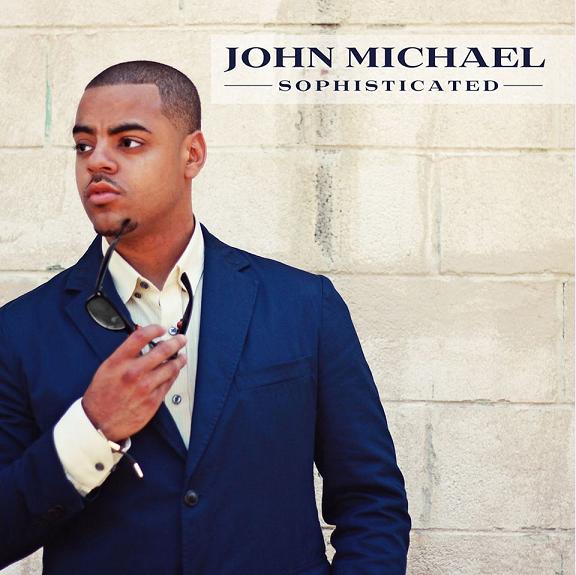 John Michael is a 23 year old Washington DC –based soul singer and writer. His songs have been recorded by people like Rick Ross and Jay Sean and those names should give you an insight into John’s own sound and intended audience… yes – he’s one of R&B’s new young Turks and the sound on ‘Sophisticated’ is the sound of modern R&B … though without the edge or aggression that is sometimes associated with the genre. His approach is a gentle one. It might recall Joe, Donnel Jones or even Babyface in his early days. Hear his signature sound at its best on ‘Sophisticated lady’ – the song that hints at the album’s title. It’s mellow and slick with a sultry, laid back undertow and if you like it you’ll be delighted because almost all the rest of the album’s 15 cuts follow the same pattern.

Sadly after a while that slow and very steady soundscape becomes wearing and I kept reaching for the skip button. Things like ‘You Got It’, ‘Arrive’ and ‘Don’t Know Anymore’ were too similar to ‘Sophisticated Lady’ to win my attention. Sure, they might have a slightly different tempo – a tad faster or slower – but essenatlliy they’re re-writes of that one good tune. There’s a few ballads too – ‘Only Thing Left’ and ‘Give Me All’ amongst them but they lack focus and don’t make any attempt to grab you in the way that classic soul music always does

The only time that Mr Michael lifts his head above the parapet is ‘Before This Drink Is Done’. This has some tight little beats that might interest some of the modern soul crew but it’s hardly energized. It’s a very American sound and I do know that the album yielded a couple of turntable hits Stateside and if you want to investigate you can do so @ www.johnmichael.com