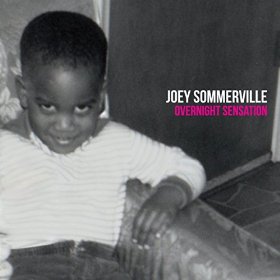 Though the title of Joey Sommerville’s fifth album proclaims him “an overnight sensation”, the Atlanta-based trumpeter’s been in the business for over 20 years. In those two decades he’s worked with people like jazzer Bob Baldwin, gospel star Fred Hammond and the Purple Prince. He was also part of Cirque Du Soleil’s Grammy-nominated ‘Algeria’ long player and more recently Joey’s become known for his work on TV and movie commercials and he remains a top draw on the jazz festival and cruise circuit. The ten tracks on ‘Overnight Sensation’ show why he’s in such demand.

The set opens with its title cut…. a breezy, bright and brash soul-based groove that’s sure to be play listed on the best smooth jazz stations. There’s more of the same on ‘The Next Big Thing (which features Elan Trotman on sax) and the jazzier ‘The Passport Life’. The album boasts some sweet ballads too – the best by far being ‘Desire’ which features an all too-rare cameo from the great Earl Klugh.

The album’s vocal tracks, sadly, disappoint. ‘Red Cups Up’ is a little more than a trite nursery rhyme chant while ‘I Just Wanna Be With You’ shows why Joey’s in demand as a trumpet player, not as a vocalist.

The LP’s big set piece is more rewarding. It’s Sommerville’s take on Duke Ellington’s ‘Caravan’ and on it guest Jeff Bradshaw offer up some great trombone. It’s the album’s toughest track and though very different to the classic original, The Duke, I’m sure would have enjoyed it.

Find out more about the album @ www.JoeySommerville.com