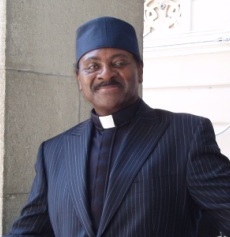 Jazz pianist/vocalist and all round entertainer Joe Stilgoe is a big fan of the movies. Back in 2014 he cut a whole album of movie songs while many of the cuts on his 2015 set (the excellent ‘New Songs For Old Souls’) had a real cinematic feel (I’m thinking in particular of the gorgeous re-working of his ‘Gold On silver’). For his latest album Joe goes back to the flix for a memory jogging 15 tracker that rounds up more movie songs that have had an impact on him.

The album, though, opens with a non-movie tune. That first cut is a Stilgoe original, ‘What’s On?’… Joe’s nostalgia-laced look-back to the great days of movie stars like Humphrey Bogart and Cary Grant. It’s a clever, witty three minutes worth while the other cut on which Joe shows off his skills, is an 80s Medley. Here Joe fuses together half a dozen or so movie songs like ‘Eye Of The Tiger’ and ‘Ghostbusters’. He does it so effortlessly… even managing to seamlessly segue ‘Take My Breath Away’ with ‘The Heat Is On’.

The 13 other tracks cover the highbrow (Duke Ellington’s ‘Caravan” and Bernstein’s ‘West Side Story’ song ‘Cool’) and the not so highbrow (‘Rainbow Connection’ from one of the Muppet movies) but no matter what the source, Joe delivers with gusto, humour (where required) and an obvious passion for his source material.

Our recommendations would be versions of ‘Arthur’s Theme’ and ‘You Never Can Tell’ (as used in ‘Pulp Fiction’) Joe totally re-imagines both and in the case of the Chuck Berry rocker you’d be hard pressed to equate this version with the original.

Throughout Stilgoe has stellar support from Tom Farmer on bass and Ben Reynolds on drums, while on ‘If Didn’t Have You’ (a Randy Newman song from ‘Monsters Inc’) he draughts in Curtis Stigers on sax and even allows him to join the vocals… kindred spirits who both relish working in this genre.