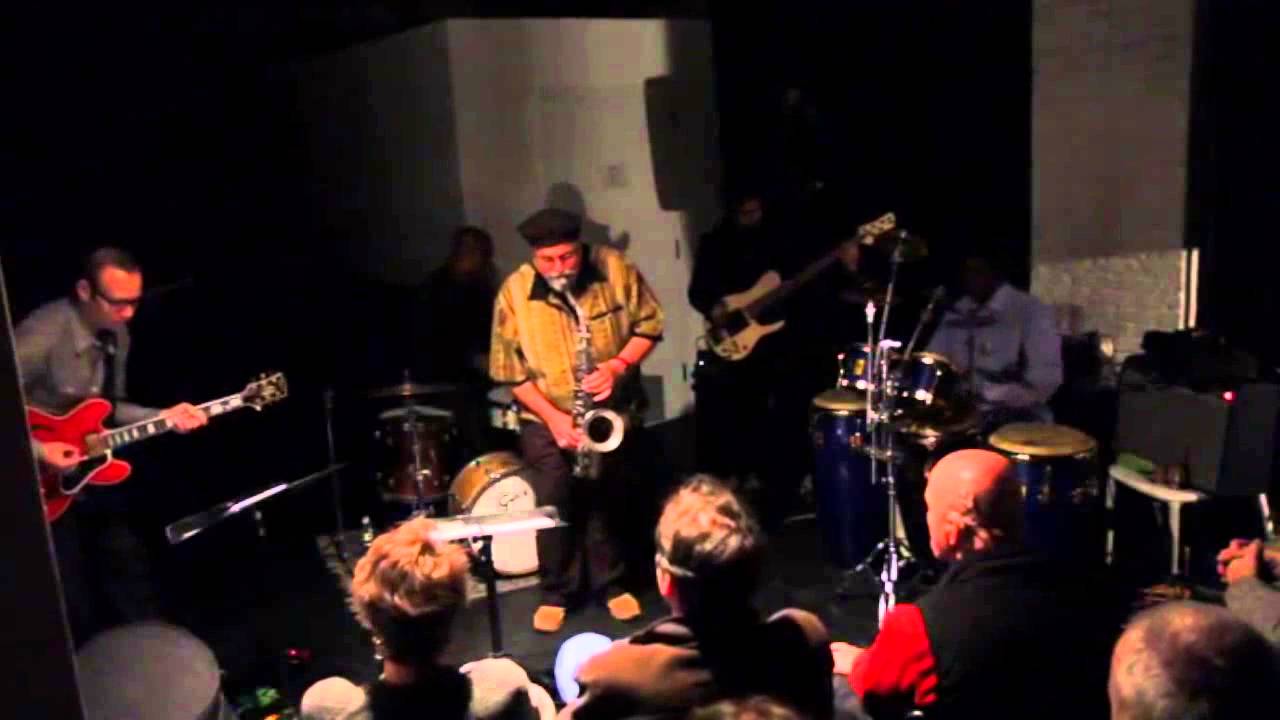 Grammy-winning tenor saxophonist, Joe Lovano, who has been a prolific recording artist for Blue Note Records since 1990, is a restlessly inventive musician who is constantly exploring new sonic possibilities. His distinctively robust saxophone sound has appeared in many different musical contexts and in an exciting new development, his latest project finds the Ohio-born reed man fusing jazz with the rhythmically-charged argot of Afro-beat. Judging from the rapturous enthusiasm that greeted his new band, Lovano’s latest concept is an inspired fusion of cultures. Key to the saxophonist’s new music is Senegalese percussionist extraordinaire, Abdou Mboup, whose use of the pitch-bending talking drum as well as a large, stringed, zither-like African instrument proved an undoubted highlight of the evening. Together with bassist Michael Olatuja and ace drummer Otis Brown III, Mboup helped to create some intoxicating African grooves over which Lovano spewed out catchy riffs which he alternated with darting bebop phrases. Guitarist Liberty Ellman also impressed as a soloist but it was his mesmeric, locked-in rhythm work that was the sonic glue that held all of the disparate elements in place. Though the band’s extended simmering grooves recalled the hypnotic voodoo funk of Afro-beat legend Fela Kuti (with whom Lovano played with back in 1981), the saxophonist’s majestic presence gave the music a different dimension altogether. Let’s hope Lovano gets in the studio to record this phenomenal band soon.