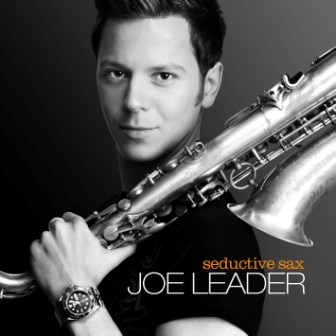 Joe Leader is a London based sax man. Having won the “Daily Telegraph Young Jazz Awards” aged sixteen, he went on to study music at London’s Guild Hall School of Music and then at the University of Cape Town. He boasts a diverse CV, having worked with Andrew Lloyd Webber, Pharrell Williams, Boyzone’s Stephen Gately and The Symphony Orchestra of India. At the moment he leads a 20-piece showband, called “The Joe Leader Collective” which plays regularly at London’s Café de Paris. For this, his first album, he’s chosen to work with an 8 piece enesmble of musicians and vocalists (inlcuding the incomprable Beverley Skeete) and the repertoire is largely covers of tunes that have influenced him on his musical journey so far.

It’s chiefly all pleasing, easy-on-the-ear smooth jazz in the style of Kenny G or Najee, though in places things do really kick off. I’m thinking in particular of the 12 minute version of ‘Nature Boy’. The template for Leader’s arrangement is clearly the George Benson one; and like that treatment, midway through here things really do start to cook – chiefly via the wild piano of Carl Hudson and the aggressive vocal of Ricci P Washington. Joe’s version of Quincy Jones’ ‘Secret Garden’ is deceptive too. It begins low key but halfway through some biting guitar from Myles Kane ignites things. The original composition ‘Seductive Blues’ is another one that flies – a productive counter to the politeness of stuff like ‘Love’s Theme’ and ‘Caruso’.

Other tunes on the album include ‘Just The Two Of Us’, ‘Isn’t She Lovely’ and ‘Another Star’ which closes proceedings in fine style which each band member given their head to expand on the main motif. Like the whole LP, it was recorded live and it has an atmosphere that few studio-cut smooth jazz sets manage to achieve. You can find out more about Joe Leader and this album by accessing our interview with him via our up top “Interview” tag.