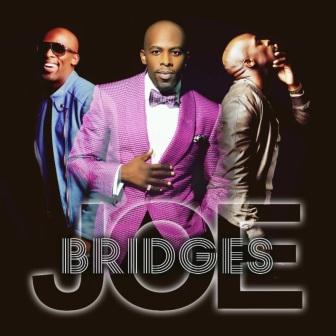 ‘Bridges’ is Joe Thomas’ eleventh studio album and the first since his break-up with long-time manager and mentor, Kedar Massenburg. It’s also the first recording on his own label – the oddly named Plaid Takeover and throughout the set, Mr T struts his newly acquired liberation with real confidence. He’s clearly enjoying the new freedom – as witnessed by the up-beat optimism of the opener, ‘Future Teller’. This tune is so, so catchy and its already won acclaim right across the soul spectrum – from the US steppers crowd right through to the UK modern soul crew. It’s a superior kind of 21st century soul and, great news; it’s not the only classic on the 16 tracker. ‘First Lady’ is another slab of dance floor excellence. Cut from the same cloth as ‘Future Teller’, it’s a potentail worldwide floor filler too.

‘Love and Sex, Part 2’ is another great cut. Mellower than both ‘Future Teller’ and ‘First Lady’, it’s a duet with Kelly Rowland and her voice bends beautifully with Joe’ catchy growl. It’s ultra commercial – little wonder it was chosen as the album’s lead-off single.

Best of the ballads is ‘If You Lose Her’ – a thoroughly contemporary tune, but one with its roots in the sensuality of 80s soul. ‘The Rest Will Follow’ and ‘Blame Her Broken Heart’ offer more of the same, though ‘Till The Ropes Give Way’ is a much starker ballad with a simplicity that will appeal to fans of 60s soul.

Elsewhere, ‘Sex Ain’t A Weapon’ is a bumpy modern R&B groove; ‘Take It To The House’ channels a Kool and the Gang disco pathway; ‘Dilemma’ is one of those stuttery R&B slowies; while the 50 Cent collaboration ‘Mary Jane’ is full-on R&B.

Yes, there’s a lot that’s good and great here and in a year that’s already seen lots of modern soul excellence, Joe’s ‘Bridges’ is right up there with the best.