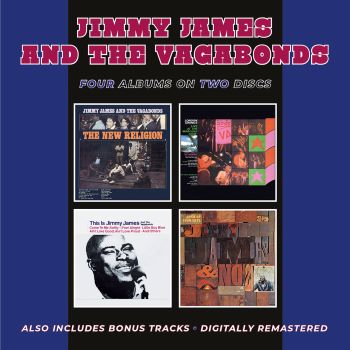 Back in the 60s, especially the early and mid-years, real American soul music was hard to come by in the UK (writes a venerable grey beard!).  Very few US soul sides were released over here with Brit labels reluctant to license product that they weren’t sure how to handle. Soul on the radio? Well, we might as well forget that – there were a few pioneers; but people like Mike Raven were few and far between. Press coverage was limited and visits by authentic US soul stars were rarer!  That rarity was one of the reasons why soul became the music of choice for the mods and to satisfy the mod demand for live soul plenty of bands espoused the cause and played out their versions of soul tunes to enthusiastic mods the length and breadth of the land. Those bands, roughly, fell into two categories – home-grown outfits like Georgie Fame and the Blue Flames and Zoot Money’s Big Roll Band and groups fronted by UK-residing Americans – best known of them, of course, being Geno Washington. Then there was Jimmy James and the Vagabonds.

Jimmy (born Michael James) and his band hailed from Kingston, Jamaica and not surprisingly began their music career playing ska and nascent reggae on their native island. In 1964 they decamped to the UK hoping to cash in on the new UK interest in ska and reggae, but things didn’t quite work out, till the band ditched the ska and embraced soul. Almost overnight they became a huge live draw playing to packed out, enthusiastic crowds at the nation’s top mod venues. A record contract with Pye soon followed and there they released a series of singles and three and half albums (one LP, a live set, was shared with the Alan Bown set). All the music from those albums (along with non-album bonus tracks) have just been released on this ab fab 2 CD set from BGO Records.

Across a generous 47 tracks you can hear why Jimmy and the Vagabonds were such a popular live draw. Soul-wise, they were almost the real thing. Yes, Georgie Fame was fine but sometimes a little too cool while Geno Washington often offered more enthusiasm than finesse. Jimmy, though, really cut the soul mustard. Maybe because, as the original sleeve notes on his first LP revealed, he was smitten by Chicago soul, citing Curtis Mayfield and his arranger/producer Johnny Pate as huge influences. Great role models or what?

So across ‘The New Religion’, ‘London Swings’ (that live album), ‘This Is Jimmy James’ and ‘Open Up Your Soul’ you can enjoy as good as it gets versions of soul standards like The Impressions’ ‘Little Boy Blue’, The Dells’ ‘Wear It On Our Face’, The Temptations’ ‘It’s Growing’, Tony Clarke’s ‘The Entertainer’, The Radiants’ ‘Ain’t No Big Thing’ and a whole lot more. Oddly during this period, the band only enjoyed one decent hit (their version of ‘Red Red Wine’), but that lack of success only made them more popular on the live, mod circuit where popularity and success were often taken as a dilution of quality.

In the 70s with a new set of Vagabonds, Jimmy James did enjoy more chart success with a slew of disco dancers but things like ‘I’ll Go Where Your Music Take Me’ weren’t a patch on anything included here. This collection’s excellent sleeve notes, courtesy of my esteemed SJF colleague Charles Waring, will tell you that Jimmy is still performing despite his age (he’s turned 80); let’s hope he still belts out some of these wonderful soul winners.