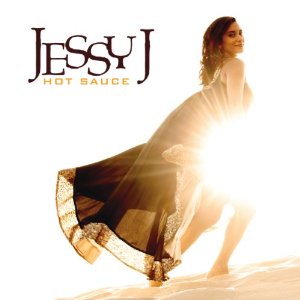 It’s amazing what a difference a few letters can make. Mexican/American smooth jazz sax star Jessy J is a world away from the UK’s similarly-named newest kid on the block. Not for her the headlong rush for celebrity-ville via some quick, disposable pop tunes; rather this Jessy has served a proper apprenticeship to her craft. Born in Oregon but raised in California, her Mexican father’s love for Latin music soon won her over and before long she was immersed in jazz. A child prodigy, she quickly mastered the saxophone and piano. She then went on to study jazz at USC and after graduating she went on the road with the Temptations and Michael Bublé before debuting with ‘Tequila Moon’ in 2008. Then, her second album – ‘True Love’ – yielded a no. 1 Smooth Jazz hit, ‘Tropical Rain’.

‘Hot Sauce’ is Jessy’s third solo album and it continues in the vein of her first two – that’s to say it’s a gentle mix of smooth jazz styles. Making few demands, it is easy, but its variety and high levels of musicianship ensure that it will please the lite-jazz brigade. Most of the music is produced by Paul Brown and he knows exactly what followers of smooth want. So we have some feisty soul based grooves like the opening ‘Remember The Night’, light Latin touches (‘Hot Sauce’, ‘Till You Make Up Your Mind’) and a real middle of the road item – a cover of Will Young’s ‘Leave Right Now’ – sadly as insipid as the original. Best of the Brown-produced bunch is the lovely Astrud Gilberto pastiche that is ‘We Kissed’. Here Jessy’s in fine vocal form.

Of the three non- Brown tracks, two are helmed by the mighty Joe Sample. They are the vibrant ‘Rainbow Gold’ and the lengthy ‘Last Night’. Both boast an all star band – Sample, his son – Nick – on bass, Harvey Mason and Ray Parker Jr. Most interesting cut though is a cover of the Duke Ellington standard, ‘In A Sentimental Mood’. This one features and is produced by jazz vocalist Saunders Sermon and proves there’s more to Ms Jessy J than the rest of the long player might indicate.