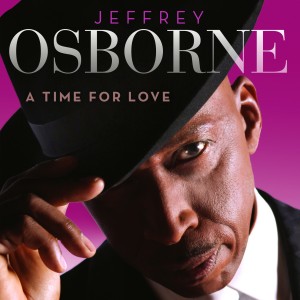 For someone who started out as drummer, Jeffrey Osborne has one of soul’s most distinctive voices. First with LTD then as a solo star he’s crafted many notable moments … think ‘Love Ballad’, ‘On The Wings Of Love’, and don’t ever forget his magnificent duet with Dionne Warwick, ‘Love Power’. In the new millennium, though, it appears that his mannered, romantic crooning has fallen out of fashion. Despite some decent albums for the Koch label, Jeff’s profile has been a lot lower than it should ever be. Maybe this new release might change things because, in a nutshell, ‘A Time For Love’ is a masterful example of adult soul music that will appeal to all who appreciate musical and vocal artistry. What’s more the album was a labour of love for Jeffrey and it shows. Add to that the presence of his old mentor George Duke in the producer’s chair – marshalling a small team of top players – Christian McBride on bass, John Roberts on drums, Everette Harp and Kamasi Washington on saxes, Rick Braun on trumpet, Paul Jackson on guitar and Duke himself on keys and you can’t really go wrong.

The 12 tracker is a collection of pop classics and American songbook standards of which the opener, ‘The Shadow Of Your Smile’, is outstanding. Duke and Osborne include the original low key introduction (often left out) and it sets the tone perfectly for not just that song but for the whole album. Another of the “standard” highlights is Osborne’s duet with Chaka Khan on ‘Baby It’s Cold Outside’. Amongst the pop tunes are takes on Bacharach and David’s ‘(They Long To Be) Close To You’ and James Taylor’s ‘Don’t Le Me Be Lonely Tonight’. Osborne’s version of that gives the best-known soul cover by the Isley Brothers a real run for its money. One tune that I didn’t get though was ‘Nature Boy’; though to be fair, I never have. I’ve never understood or for that matter connected with it. On the credit side though I did manage to connect with ‘What A Wonderful World’. I’d always thought it an over rated, sentimental piece, but here Osborne and Duke salvage it for me. They get it just right – as they do with almost everything here.