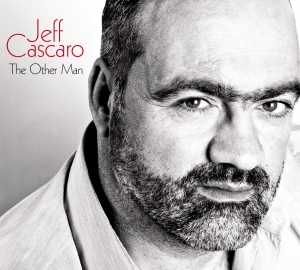 Jeff Cascaro knows a thing or two about music. You see, he’s a bona fide music professor! He leads the jazz faculty at Germany’s prestigious Franz Liszt Conservatory at Weimar. In between lectures, seminars and tutorials, though, he makes his own music and ‘The Other Man’ is the third solo album to feature his vocals and horn playing. His last set, 2008’s ‘Mother And Brother’ ( see our review archive) won him numerous fans in the worldwide soul community and with this new set, that number’s set to increase.

Continuing the sound and style of that last album, Cascaro draws inspiration from other blue-eyed soulsters like Michael McDonald and Tony Joe White though in places some listeners might be reminded of the sadly lesser known James Hunter. The lazy roller that is ‘Going Home’ is redolent of the laconic Hunter. The bluesy undertow of ‘Roots’ is where the White comparison is most obvious while the atmospheric ballads – ‘The Girl Who Got Away’ and ‘Give It To Me’ – rival the best of McDonald.

Elsewhere the Prof shows his erudition whilst paying his respects to the music that inspires him with ‘Beale Street’ and ‘Swing Thing’. The former is a great tribute to the sounds of Memphis –the place he acknowledges as his spiritual musical home – while the latter is homage to great jazz bassists and drummers… the people who make the music swing. That swing is echoed in the arrangement- very Steely Dan and some great Cascaro horn too.

The album features one big cover as well and by choosing Al Green’s ‘Let’s Stay Together’, our man shows real balls… and you know he gets away with it. Not for him a note-for-note copy; rather he begins the thing unaccompanied before an innovative soul-jazz groove kicks in; quite delightful.

The ten tracks are topped and tailed by an instrumental intro and an outro and I have to say that the very brief opener mines a wonderful soul groove – if only someone could have extended it and given it some memorable lyrics. Listen and find out more @ www.herzogrecords.com