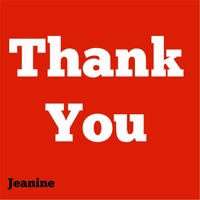 Jeanine (Smith) is a soul songstress from Chicago. Publicity-wise, she’s a woman of few words. She says most of her energy goes into her writing and performing and not publicising herself. So what we hear is what we get and what we get is a quirky take on contemporary R&B and soul with a dash of pop and a garnish of hip-hop. CV wise we know that Jeanine’s music has been featured on ‘America’s Next Top Model’ and the Tyra Banks Show while she’s worked with Anthony Hamilton on his ‘Comin’ From Where I’m From’ long player. I guess what attracted the producers of those shows and Mr. Hamilton to Jeanine was her particular and unique voice that at times combines the edge of Macy Gray and the mannerisms of Erykah Badu.

Hear it at its best on the album’s opener – a brisk, strutting ‘California Part 2’ which has a great old school feel to it, particularly on the harmonies. ‘Baby Come And Get It’ is the album’s other “big” tune. Bright and brash with tight beats, the more adventurous of the modern soul crew could do worse than investigate it and that ‘California’ tune.

The simpler ‘Last Ditch Effort’ is another album highlight. It’s a sweet thing with a hint of the Laura Nyro’s about the melody and the harmonies. Elsewhere there’s a selection of contemporary R&B rumbles – like ‘Wake Up Song’, ‘Rather Be With You’, ‘Lake Minnetonka’ and the latest single, ‘Runnin” which is right on the current street R&B vibe. The album’s ballad moment is ‘Babe It Ain’t Over’ – an insistent little grower.

Jeanine’s ‘Thank You’ is currently available via CD Baby.