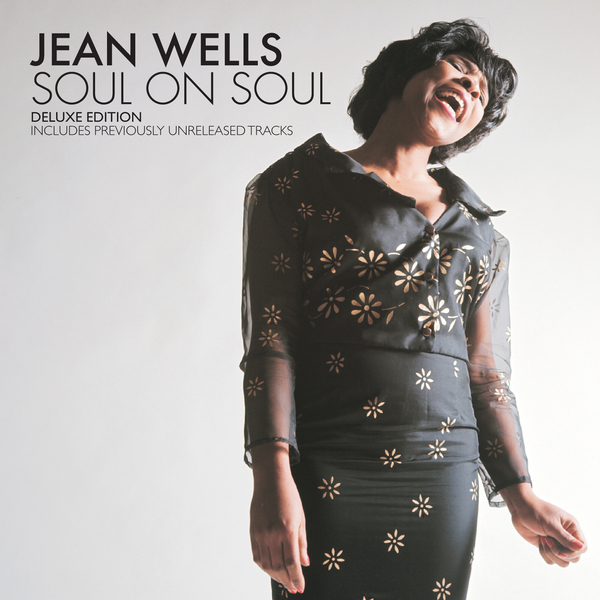 Jean Wells was born in Florida in 1942 and like countless soul divas before and after she began singing in local church gospel choirs. Aged just 17 and smitten by popular music, she decamped to Philadelphia – then America’s pop music hot spot. She signed first with the small Quaker label, followed by ABC-Paramount but despite some regional success she didn’t break through and returned to Florida. In 1966, though, she went back to the city of Brotherly Love, where a fortuitous meeting with Clyde Otis (who’d enjoyed massive success with people like Brook Benton and Dinah Washington) brought her a deal with his Argon production company.

Their first joint effort – a deep soul ballad, ‘If You Ever Loved Somebody’ – was licensed to Sue but flopped, chiefly because Juggy Murray’s famous old label was then in terminal decline. Otis then directed Jean’s material to Calla and immediately she began to see chart action with material that switched effortlessly from deep soul to soulful dancers. When the hits started to dry up Otis moved Wells over to the Volare label for one single before she was signed to Jerry “Swamp Dogg” Williams’ Canyon label but success was hard to come by and Jean eventually went back to Gospel music. She made two short-lived returns to secular music though. In 1979 she cut the disco/ boogie single ‘I Just Can’t Stop Dancing’ for the Philadelphia based TEC label. Two years later she was back again, still in the city that she had so often called home, this time recording the disco-fied album ‘Number One’ for Sunshine Recordings. Since then Jean has disappeared off the radar, though she has long been championed by soul tastemakers. The writer Dave Godin was always fulsome in praise for her while more recently Ralph Tee has included Jean Wells’ songs on his famous ‘Togetherness’ compilations. Despite that there’s been little available on her. In 1994 Ace/Kent issued a retrospective but it was soon deleted and now fetches high prices on the collectors’ circuit.

Thankfully those rip-off prices will come crashing down with this splendid bbe 24 tracker. Like the Kent set, it collects the very best of Wells’ work with Clyde Otis – but here the music’s been re-mastered and – as a bonus – there’s three previously unreleased tracks.

The set proves that Jean Wells was a master of deep soul, little wonder she was championed by Godin. There are any number of cuts here which confirm that status and her biggest hit ‘Have A Little Mercy’ remains a classic of the genre. .. but then so too are tunes like ‘If You Ever Loved Somebody’ and ‘Broomstick Horse Cowboy’. Even the three unreleased songs (‘Daddy Reconsider’, ‘I Want To Live’ and ‘Ordinary Woman’) are outstanding examples of deep soul. Jean, though could also do the dancers. ‘After Loving You’ and ‘Keep Your Mouth Shut And Your Eyes Open’ are down home and ultra gritty while the lovely ‘What Have I Got To Lose’ was a big tune on the modern soul scene.

Collectors, too, will be delighted that the set features the five Canyon tracks – they all feature the famed Philly rhythm section of Earl Young, Norman Harris and Ron Baker…. just one more reason which makes this collection one of 2011’s essential proper soul albums.