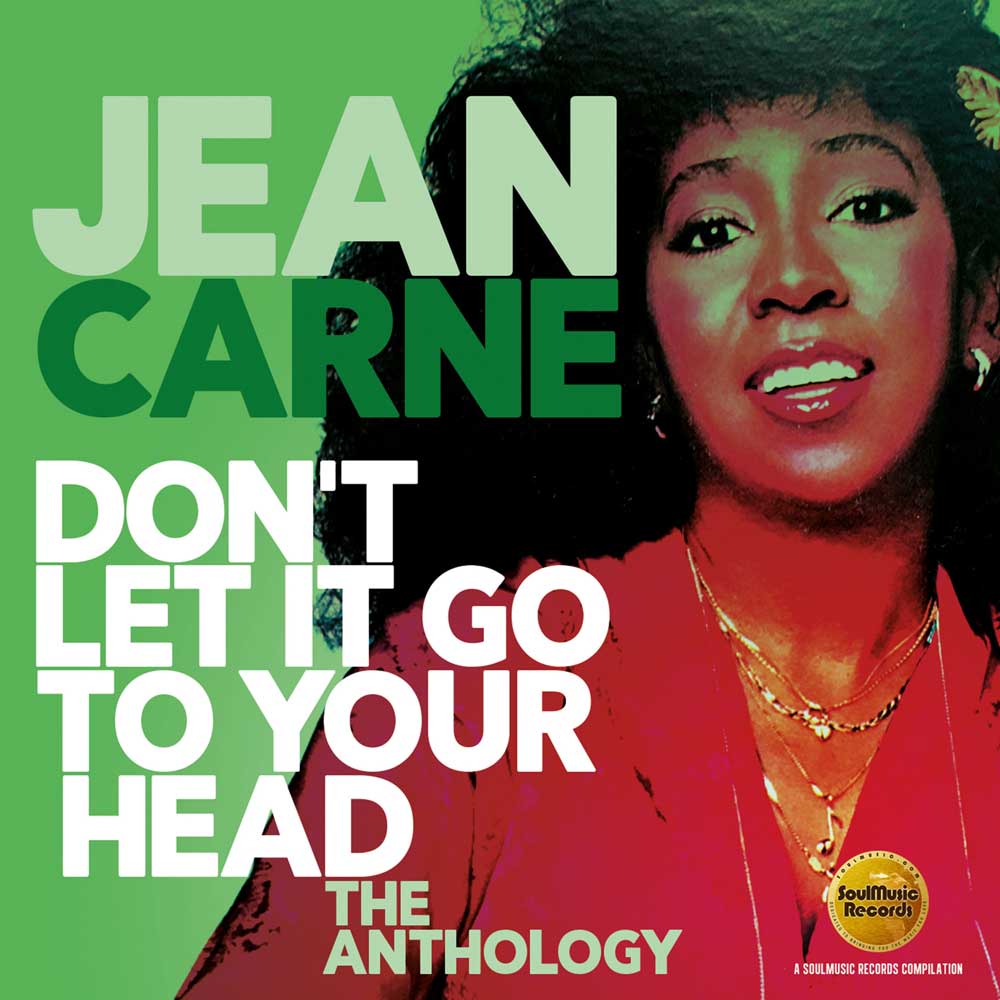 Though she was originally from Columbus, Georgia, Jean Carne‘s name will always be synonymous with the ‘City Of Brotherly Love,’ Philadelphia. That’s because she first made her mark as a solo artist at Gamble & Huff’s Philadelphia International label in the 1970s. She cut four albums for  P.I.R. (though the last came out on the label’s T.S.O.P. imprint) and tracks from her five-year tenure with the label function as the foundation for this 2-CD/33-track, which also includes a couple of tracks from her solitary 1982 Motown album, ‘Trust Me,’ as well as a slew of collaborations with other recording artists.

What’s mystifying is that despite recording some wonderful music for P.I.R., Jean Carne (or Carn, as her name was spelled back then), didn’t score a major hit for Gamble & Huff in the USA. Her debut 45, ‘Free Love,’ the opener on this fine collection,  was her biggest solo chart entry in the ’70s, but it couldn’t break into the R&B Top 20 (in fact, Carne wouldn’t tick that off as an achievement until 1986, when her song, ‘Closer Than Close,’ for the Omni label, topped the R&B charts). Even more surprising was the failure of one of her signature tunes, the ever-wonderful ‘Don’t Let It Go To You Head’ from 1978, to stake a claim in the American R&B Top 50. It died at #54.

Another great tune of Carne’s, the anthemic, disco-inflected ‘Was That All It Was’ released a year after – you get the elongated 12-inch version here – didn’t even register on the R&B charts. In retrospect, the reason for Carne’s inability to connect with the US public wasn’t anything to do with bad luck, timing, or even marketing issues, but rather, I think, because her music was just a tad too sophisticated for mainstream audiences. Indeed, Carne had a classical music and jazz background and, as a consequence, projected more of a cosmic vibe and  lacked the earthiness that defined many R&B singers back in the ’70s. But that didn’t stop her making some great music, much of which has lasted the test of time. From effervescent disco grooves (check out the 12-inch single version of ‘What’s On Your Mind’) to impassioned, storytelling ballads (‘Love Don’t Love Nobody,’ her take on the Spinners’ 1974 hit), Jean Carne shows what a supremely versatile singer she is.

As well as some tremendous material cherry-picked from her P.I.R. days, her Motown single ‘If You Don’t Know Me By Now’ (ironically, a cover of a Philly tune by Harold Melvin & The Blue Notes), is included. It’s B-side, Carne’s amazingly ethereal take on the Minnie Riperton-associated song, ‘Completeness,’ is also featured. You’ll find that track on the second CD along with collaborations with keyboard wizard, Dexter Wansel, Norman Connors (including ‘Valentine Love,’ a hit duet with Michael Henderson), Roy Ayers, and Grover Washington Jr. One of the set’s best duets is the uptempo, ‘Back For More,’ recorded in tandem with the late Al Johnson.

If you only buy one Jean Carne CD in your life, make it this one. It’s got everything you need – sublime vocal performances and first class material together with top-drawer arrangements and exquisite production values. It all adds up to a vivid portrait of one of soul music’s unsung heroines.