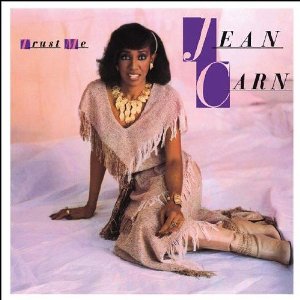 Soul fans tend to revere Jean Carn’s Philadelphia International albums recorded between 1976 and 1981 – and rightly so, as they’re packed with great material, sensational performances and memorable arrangements – but tend to overlook the former Earth, Wind & Fire singer’s solitary Motown album, that came out in 1982 and which until now, has eluded the compact disc format.

Finally, though, and 28 years after it was first released, ‘Trust Me,’ gets reissued. Produced by jazz drummer-turned-talent-spotter, Norman Connors, it’s a solid set with Ms. Carn (she would add the letter ‘e’ to her surname after this album) sounding sublimely soulful, especially on the lovely Al Johnson-penned title track which boasts a bluesy sax solo from Ernie Watts. Other musicians whose talents are utilised on the set include such session luminaries as Jerry Peters, McKinley Jackson, Roy Ayers, Freddie Washington, Harvey Mason and Ndugu Chancler.

‘Super Explosion’ is a sizzling, energetic dance track propelled by slapped bass and decorated with some busy string parts. There’s also a strong remake of Harold Melvin & The Blue Notes’ Gamble & Huff-written ballad, ‘If You Don’t Know Me By Now.’ There’s a pleasant revamp, too, of Martha & The Vandellas old Motown evergreen, ‘My Baby Loves Me,’ and a tremendous interpretation of the Minnie Riperton song, ‘Completeness’ (a haunting slice of astral soul originally recorded on Minnie’s Charles Stepney-helmed 1970 debut, ‘Come Into My Garden’). Carn with her multi-octave has no trouble in replicating the wide intervallic leaps and stratospheric high notes that characterised Riperton’s original version. This lovely, much-neglected little album provides a scintillating showcase for Jean Carn(e)’s amazing vocal talent. Get it while it’s still in print.