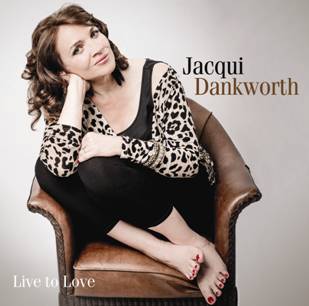 JD73 is the alter ego of music producer Dan Goldman. Somewhere along the way he assumed the nick name “Jazz Doctor 73” and made a reputation for himself working with the likes of Nightmares On Wax, Incognito, Richard Earnshaw, Cool Million, The New Mastersounds and Bill Laurance (Snarky Puppy).

‘Make Your Move’ is the man’s third solo album under the JD73 brand but to call it a solo effort isn’t quite right ‘cos our man’s drafted in a veritable cohort of star vocalists to put flesh on his musical ideas. Chief amongst those fine warblers is Sheffield’s Fraser Jowle and it’s his voice on ‘Believe In Love’ –a tune that has already won favour with some of the best modern soul DJs and the most discerning of soul radio spinners. No wonder: it’s a loping dancer with touch of Jamiroquai about it. Mr Jowle’s fine voice fronts another great track… the delicious mid-tempo groove, ‘Don’t Forget My Love’.

That one’s a clear standout, as is ‘Gimme A Chance’. Fronted by the wonderfully-named Harriet Soulstress, the cut begins with a funky starkness but changes mood to become a perfectly-formed smooth soul groove with some great, understated brass fills from the Haggis Horns.

Those who prefer the more up-tempo will find plenty to satisfy their soles. Tunes like ‘What You Get’, ‘All Night Long’ (not the Lionel R tune!) and ‘Show Me’ (not the Joe Tex tune!) should satisfy serious rug cutters while there are also a couple of tasty instrumentals… ‘Marimba Dance’ and ‘Tripping Out’. Both remind me of the Down To The Bone sound. We still haven’t mentioned the elegant title cut. ‘Make Your Move’ is a lovely, smooth groove – perfect for the modern soul room (vocal here by the way from Miss Modest). It has the same appeal of much of Cool Million’s best work – hardly surprising; Mr Goldman has often worked with the dynamic duo.