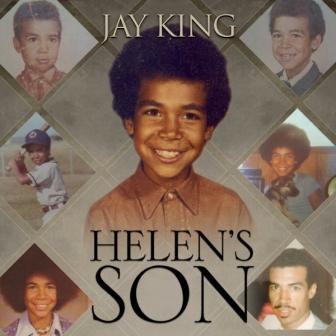 Since the beginning of the year the soul airwaves have been regularly featuring a lovely, haunting tune, ‘Good Kind Of Lovin” from Jay King. It is a sweet 70s style groove that had commentators making comparison with people like Marvin Gaye and Barry White! So for some, it was a surprise to learn that the artist was none other than Jay King, former front man of Club Nouveau.

We learned that the lovely ‘Good Kind Of Loving’ was the lead single from Jay’s album. ‘Helens’ Son’ which is now officially available and it comes highly recommended, that’s if you like sensual, smooth soul of the ‘Good Kind Of Lovin” variety, ‘cos the long player’s stuffed with a lot more of the same.

Let’s start at the beginning. The “Helen” of the album title is Jay’s mother…who died on January 27, 2007, by coincidence King’s birthday. The LP’s title cut is homage to her and it’s a lovely, gentle eight and a half minutes of sweet contemporary soul. Cleverly, it avoids the sentimentality that a song of this nature might induce and in some ways (I think it’s the gentle piano passages) it reminds me of Van Morrison in ballad mode. However, I need to say, maybe oddly, it doesn’t “sound” like a Van Morrison song… it just reminds me of his work.

Given that this album’s centre piece is so reverential, it shouldn’t be a surprise to learn that the overall soundscape of the collection is as gentle and laid back. Amongst the other balladic highlights are ‘I’m Where U Belong’ and ‘Tryin’ To Get U Back’. There are some up-tempo moments – notably the 1980s flavoured light, funky ‘The One’ and if Helen was the woman Jay describes in his homage to her I’m sure she’d love this little rug cutter.