JARROD LAWSON: Be The Change (Dome) 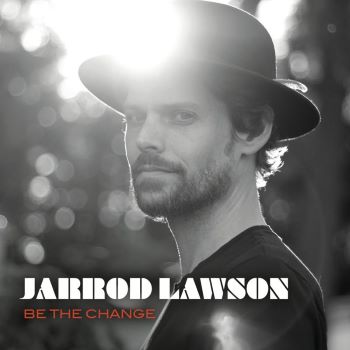 Oregon singer-keyboardist-songwriter-producer JARROD LAWSON burst onto the scene way back in 2014 via a lovely eponymous long player. In no time at all it won him a devoted fan base, the “soul artist” of the year accolade at the Jazz FM awards and second place spot in Gilles Peterson’s influential Worldwide Awards. The ex-stone mason was soon playing sold out shows worldwide. Here in the UK he wowed one and all at his Jazz Café, Shepherds Bush Empire and Ronnie Scott’s shows. Since then, oddly, not a lot apart from classy remixes of some of his album tracks and collaborations with people like the UK’s Doggett Brothers and fellow Portland natives drummer Tyrone Hendrix and trumpeter Farnell Newton.

Then, out of the blue almost, in June there was a brand-new single, ‘Embrace What We Are’. We were told that Jarrod had had this song since 2014… it was his response to the brutal murder of Eric Garner during which several policemen held him face down in a choke hold. The similarities with the murder of George Floyd were there for all to see, so Mr L finished the song and released it as his contribution to the BLM campaign with proceeds going to various BLM charities. There were rumours then that the song heralded a new album and those rumours were confirmed in late summer with the release of a single, ‘Be The Change’, which we were told was the title cut to the hoped for album. The quality and messages in the music of both ‘Be The Change’ and ‘Embrace What We Are’ alongside Jarrod’s reputation built up high expectation for the album and at last the ‘Be The Change’ collection is with us … begging the question, of course, has the wait been worth it? The answer? A resounding Yes!

You see the 11 tracker that is ‘Be The Change’ is stuffed with everything that made him 2014 artist of the years. There’s the sweet  fusion of modern soul and smooth jazz, the memorable melodies, the committed vocals, the polished production, the layered harmonies but with the added attraction of the professional and social maturity that the past 6 years have brought.

So, the aforementioned ‘Be The Change’ and ‘Embrace What We Are’ offer plenty of thoughtful socio/political comment but it would be wrong to suggest that the album is just one, long diatribe. On the contrary, it offers plenty of diversity especially in the tender, romantic department. Highlight in that area is ‘I’ll Be Your Radio’ – a Lawson duet with Amber Navran of Moonchild. Ms Navran also plays flute on the track while her band colleagues Andris Mattson and Max Bryk play flugelhorn and clarinet, respectively. The song is based round a clever lyrical conceit; that your romantic partner can, like the radio, offer a soundtrack to suit and enhance your mood.

Equally intriguing is the message in ‘Universal Chord’. This is another old song that Jarrod’s been working on for something like 15 years. It was inspired by his father who suggested that all celestial bodies emit sound frequencies; therefore, because the universe is in balance, those frequencies must combine to create one “universal chord”. Not the usual subject mater of smooth soul and jazz!

And that intrigue is one of the essential attractions of ‘Be The Change’. Factor in lyrical diversity and the beautifully crafted soundscape and you’ll understand why ‘Be The Change’ will be right up there with 2020’s very best new soul albums.