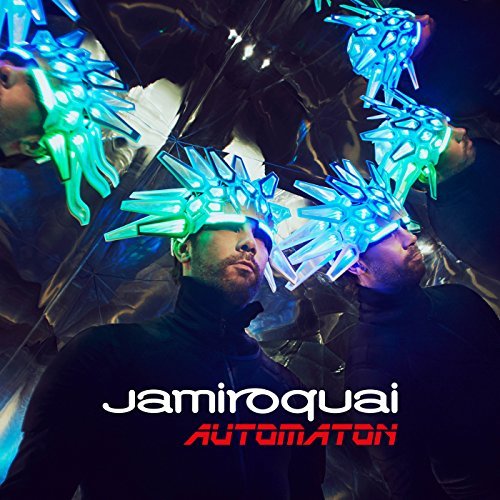 It’s been a long time coming – seven years, to be precise – but finally Jamiroquai’s eighth album and the follow-up to 2010’s ‘Rock Dust Light Star’ is here. So, the crucial question is: has it been worth the wait? To this writer’s ears – who confesses to have followed Jay Kay’s troupe since their days as an Acid Jazz outfit in the early ’90s – it certainly has, though no doubt there will be some naysayers who think the opposite is true. That’s because Jamiroquai is a band that seems to polarise opinion. Despite selling millions of records around the world and having legions of enthusiastic fans, they’ve also got their fair share of detractors who deem them ‘uncool.’ Even so, 25 years on from their inception, Jamiroquai are still going strong and their timeless, immediately identifiable, sound has managed to see off many fleeting, ‘here today, gone tomorrow,’ pop music fads and trends. But they are more than mere survivalists – every time they return they do so in style and serve up something special. Quality is always guaranteed.

So, what of ‘Automaton’? Does it cut the mustard? According to the band’s talisman, Jay Kay – the original “cat in the hat” before Gregory Porter usurped his sobriquet – the album’s theme was inspired “in recognition of the rise of artificial intelligence and technology in our world today” and explores “how we as humans are beginning to forget the more pleasant, simple and eloquent things in life and in our environment including our relationship with one another as human beings.”  It sounds heavy but even if you don’t buy into the album’s central conceit, the music can be appreciated for its own sake and on its own terms. Stylistically, there’s more of an emphasis on electronic effects – in keeping with the album’s A.I.-referencing title, no doubt – but thankfully, all of the classic Jamiroquai features are there: Jay Kay’s sinuous and soulful vocals; big infectious choruses that get lodged and looped in the grey matter; and irresistibly funky dance floor grooves

The euphoric opener, ‘Shake It Up’ gets things under way in fine style. It’s driven by Giorgio Moroder-esque bubbling robotic sequencers over a four-on-the-floor beat. The addition of Chic-style violin swoops adds an authentic retro vibe. As mirror ball dance grooves go, it’s very addictive and the refrain is a bona fide anthem that revives the spirit of the band’s previous big hits, ‘Canned Heat’ and ‘Virtual Insanity.’

Cyborg sequencers, vocoders and synths dominate the quirky title cut – already issued as a single – though it breaks out with a soaring, widescreen Euro disco chorus.  Underlining the fact that Kay is an expert at creating songs with earworm refrains are a series of memorable, dance floor, fire-starters  – namely the dirty, funked-up ‘Hot Property,’ ‘Cloud 9,’ ‘We Can Do It,’ and the more urgent ‘Superfresh.’ The tempo drops a notch for the super-catchy ‘Dr Buzz’ with its hint of Sly & The Family Stone in its rhythm track and Steely Dan in its chorus. ‘Summer Girl’ is also more laid back though it still is propelled by an effervescent dance pulse while ‘Night In The Jungle’ is more atmospheric, riding on a sleek, funky bass line. In acute contrast, there’s a pronounced jazz feel – in terms of its sophisticated harmonic content – that defines the turbo-charged ‘Vitamin,’ which boasts a frantic backbeat, a wild sax solo, and sweeping orchestral strings. It’s another top-notch cut on an album that doesn’t have any weak or sub-standard songs and which in terms of quality is right up there with previous Jamiroquai releases.